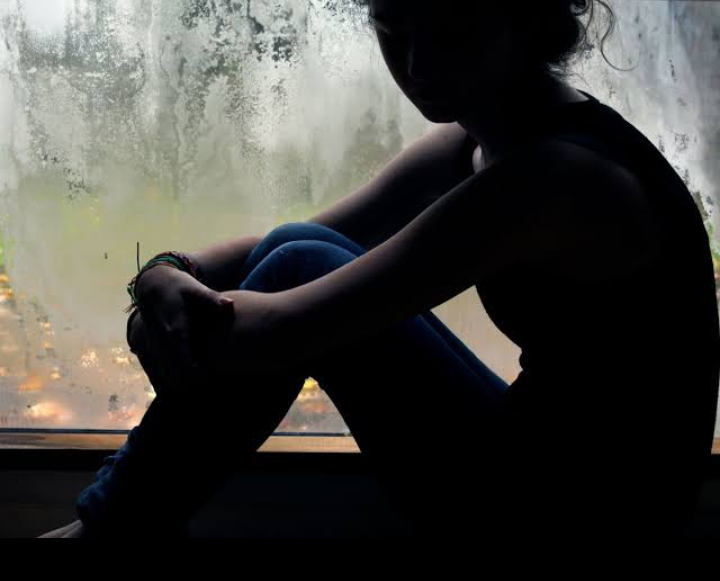 This is not Fiction

The call came from outside Lagos.

Hello. Is this Mr. Julius? Yes. I answered. My name is Ella. I got your number from…she said you’re a psychologist. I said, Yes. How may I help you?

Sir, I need help. I’m really down and don’t know what to do right now. I feel so depressed and my life is shattered right now. I thought I should see a therapist so my friend referred me to you. Don’t know if you can help?

First, What’s the problem? Wait…hope she told you therapy services are not free? Yes she told me. I’m willing to make the payment right away.

Alright, please go ahead and brief me on what happened.

I was in school. There was this coursemate of mine who we didn’t realize wasn’t showing up for classes anymore until she chatted me on WhatsApp. We exchange pleasantries and ask why we didn’t see her again in class. She said an opportunity showed up so she had to grab it.

We ended the chat. And ever since, we occasionally chatted. I use to see her pictures on WhatsApp which indicated she was doing quite well wherever she is. Sometimes later, I felt I needed a job. So I thought, o let me even talk to this person possibly she might be able to help.

She said no problem. That she will let me know if anything comes up. We became quite cordial, until she later told me that she discussed my need for a job with her boss. But that her boss will require I come down to Imo state. I said no problem.

She told me exactly what to wear: the shoe, and the colour of dress. Everything seems to happen all of a sudden. I began to obey every of her instructions without question. Like I was charmed or something. The urgency of everything was kind of suspicious yet I did whatever she told me to do without questions. God! How foolish I was.

I told no one about it. I dressed up and left campus at about 6pm cause it wasn’t too far from my school. I never knew I was being kidnapped.

I got there at about 9pm. I called her that I was at the exact place she told me. She said I should wait there that someone was coming to pick me.

I felt a bit scared being in the middle of nowhere at night. I called again, that I was waiting. She said I should be patient.

After about 25minutes, a man came and asked, are you Ella? He was looking in his 30’s or so. I said yes. I was told to come pick you by Loveth. Please follow me.

I was quietly following this man. We made some turns along the way, but I had no idea where we were going. On the road, the man looked at me and took off is face. He did that twice and then stopped.

He asked, what state are you from? I told him. Which LGA? I told him also. We continue walking and then he stopped again and said, Hey, listen to me. I am doing this because you’re my sister from the same state and village.

The place I’m taking you to is a place of no return. What we do there is kill people and sell their body parts. He brought out his phone and showed me pictures of people they’ve killed.

I was shocked and scared to death. While showing me pictures, my friend’s call came in on his phone. He put it on speaker so I could hear. She said, Bobby! How far? You don pick the girl? He answered, no. I’m still looking for her. She shouted and said, we must not lose that girl o. I suffer get that girl reach here o. She must not escape o. Search everywhere and look for her. Then he (bobby) said okay and switched off his phone immediately.

My heart was beating so fast. I was shaking and vibrating. I began to thank the man for telling me the truth. He said he will let me go, but I should give him something in return. I said he should take my phone and the small money with me. He said he doesn’t want a phone or the change in my purse. I said or, I will look for whatever amount he wants and send to him when I get home. He said he will be stupid to keep contact with me after I left that place.

He said the only thing he can manage is to sleep with me right there. I was shocked. I begged and cried but he won’t listen. I knelt down, shed tears, and pleaded. He said no. Or he will rather hand me over to my friend then. I quickly agreed and said ok. Right in the bush where we were, he slept with me and came on me like twice. I was shaking and crying while he did it. But I had no choice.

When he was done, he told me where to pass so I won’t be spotted by any of their backups sent to search for me. I was disoriented and confused. Didn’t even remember to pack my shoes. I just took my phone and purse and ran off.

I found my way back to campus the next day. No one knew where I had been. In my room, I Shed tears and regretted my foolishness. But it didn’t end there.

I began to have flashbacks and became so afraid. I felt sick of myself that I decided to go back home. I told my parents nothing. They ask what was wrong with me, I said I was sick. That’s all. So they bought me some maleria drugs.

At home, I began to think. What if this guy has HIV or some disease? What if he has infected me with them. Or maybe he has even pregnated me? I felt o my God! Fears, flashbacks and panic so overwhelmed me that I collapsed and was rush to the hospital twice.

At the hospital, the doctor said they couldn’t identify what was wrong with me. That I seem fine. And then gave me some drugs to relief me.

Since then. I lost my self-esteem. I became scared of almost everything. I was broken and deeply depressed. Thought of killing myself. I couldn’t go back to school again.

Secretly, I cried and cried everytime yet, couldn’t get back to normal life. My parents couldn’t figure out what was wrong and I would lie to them whenever they asked.

To help forget everything that had happened, I secretly began to take drugs – cigarette, weed and alcohol but nothing changed. So my boyfriend said maybe I should see a therapist. I said I didn’t know any. Later, I thought of it then spoke to a friend who then gave me your number.

Since you are not in Lagos, your therapy session will be done through phone. I will schedule your session for 2 times a week (3hrs) for the next one month and then monitor your improvement. But ensure you don’t miss any of your sessions as scheduled.

I smiled, feeling so glad she’s doing fine and good. Once a while she calls to check in. But has never stopped sending a happy new month text ever since.

#Disclaimer: This story was shared with permission. The Names, Places and gender use are fictitious to conceal their real identity.

Need a therapy/counseling session? Are you having an emotional or Psychological burden you need help with?

+ posts
Share this post
Related tags : How I Was Deceived With Job Opportunity Kidnapped and Raped - Survivor Psychology