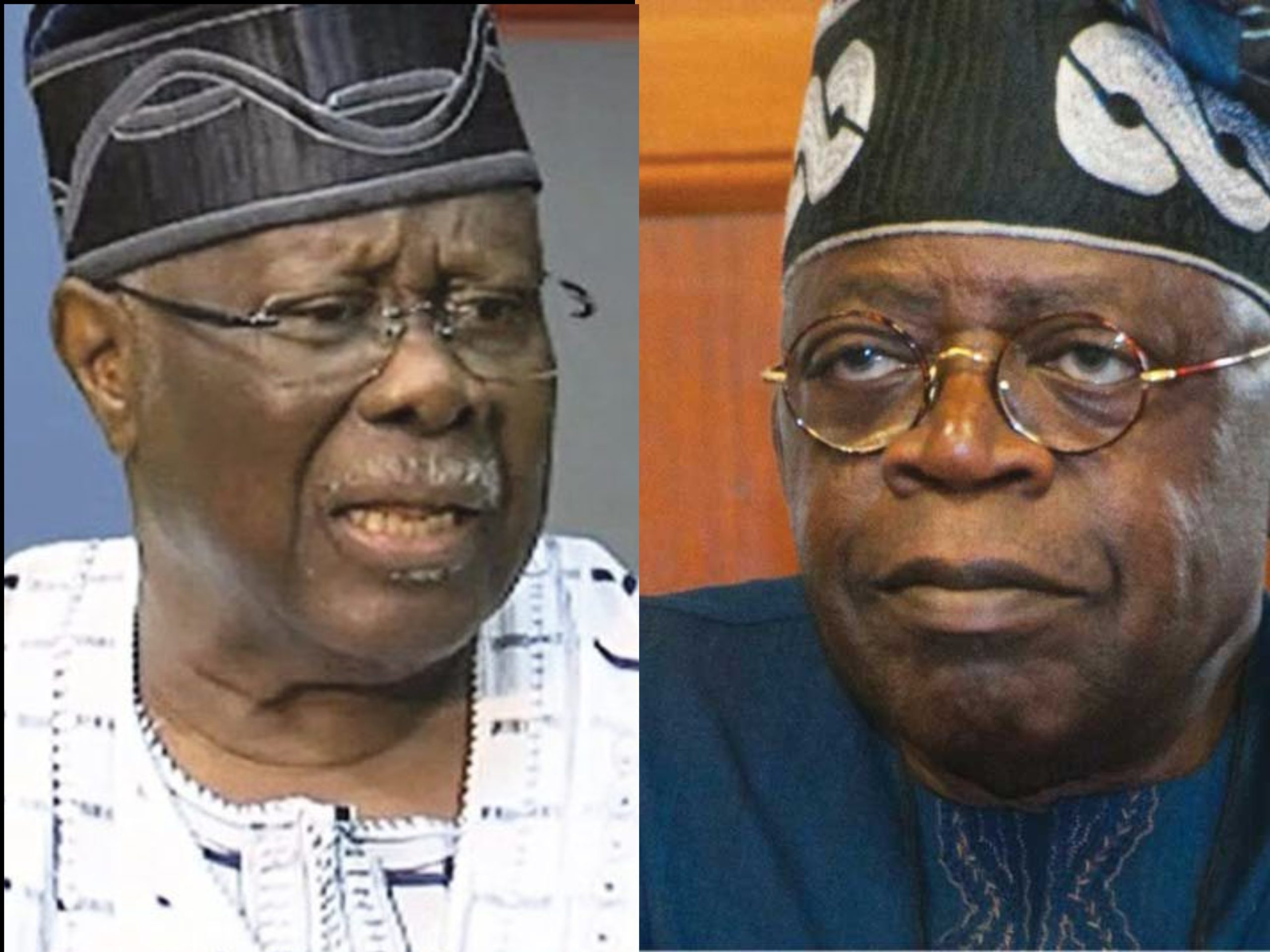 A chieftain of the Peoples Democratic Party (PDP), Bode George, has denied a rift with the All Progressives Congress (APC) presidential candidate, Bola Tinubu.
Speaking during an appearance on Wednesday, George said he only has a problem with everything Tinubu has acquired.

The PDP chieftain said the wealth, properties and other assets owned by the former Governor of Lagos State were all a “bundle of lies”.

George said the APC presidential candidate did nothing to alleviate the pains of residents of Lagos despite serving as a governor for two terms.

‘Our Role is Collection of Revenue for Govt, not Keeping Records of How the Monies are Expended’ Says FIRS

He said: “I absolutely have no qualms, no quarrel with Tinubu, but all I know is that everything he has said he was or his name is this or his school is that it’s a bundle of lies.

“I’m a bonafide Lagosian, we knew what Lagos was like, and Lagos remains the commercial nerve centre, not only in Nigeria but in the whole of West Africa. What has this fellow done to us?”

Speaking further, George called on Tinubu to tell Nigerians who owns Alpa Beta company, and how much the company has allegedly stolen from the Lagos Government.

“What has he done to alleviate the pains of the people of the state?” he asked.