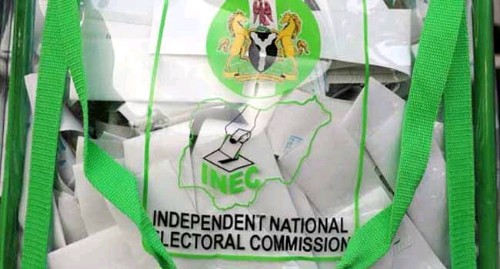 Prior to the general election of next year, the Independent National Electoral Commission INEC, has set dates for the collecting of Permanent Voter Cards PVCs.

The Commission met on Thursday, 1st December 2022, and deliberated on a number of issues, including the dates for the collection of Permanent Voters Cards (PVCs) nationwide.

Festus Okoye, the National Commissioner for Information and Voter Education at INEC, said in a statement that the Commission held a retreat in Lagos with all the Administrative Secretaries and Resident Electoral Commissioners (RECS) from the 36 States of the Federation and the Federal Capital Territory from 28th November to 2nd December 2022.

At the retreat, the Commission finalised the procedure as well as the timetable for collection of PVCs.

Consequently, the Commission has fixed Monday 12 December 2022 to Sunday 22 January 2023 as the dates for the collection of PVCs in all the 774 Local Government Offices of the Commission throughout the Federation.

All eligible and valid registrants can collect their PVCs from 9.00am to 3.00pm daily, including Saturdays and Sundays.

All the RECS and Electoral Officers (EOS) have been directed to convene a meeting with the critical stakeholders in their States and Local Government Areas, including traditional and religious leaders, civil society groups, community-based organisations and the media to brief them on the modalities for the collection of the PVCs in order to sensitise the public and ensure seamless exercise.

Similarly, RECs and EOs have also been directed to set up help desks to assist registrants with complaints about their PVCs or with the PVC collection procedure for immediate redress.