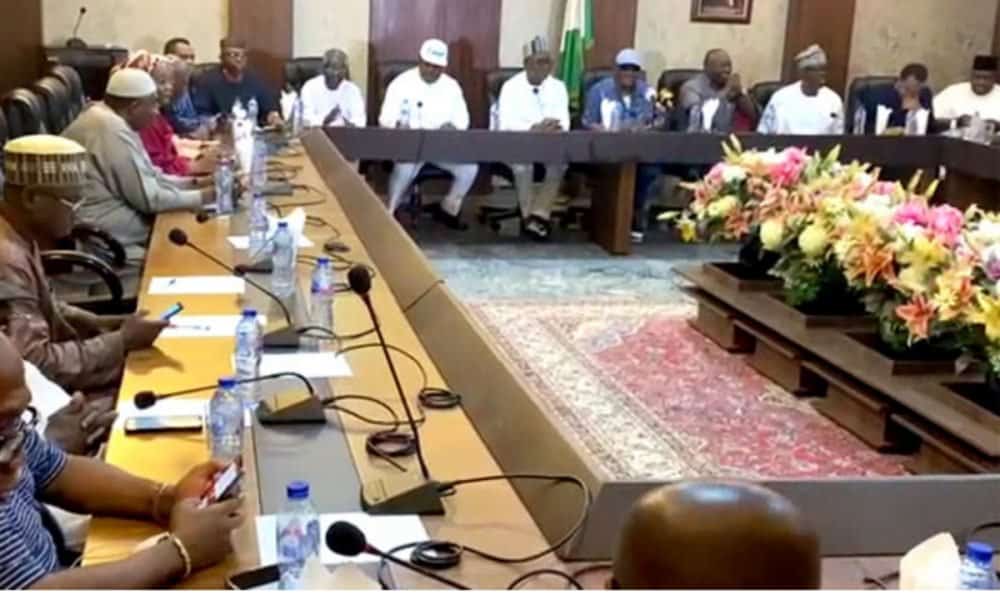 Governor Nyesom Wike of Rivers State and some Peoples Democratic Party (PDP) chieftains have agreed to work for the success of the party’s presidential candidate, Atiku Abubakar, in the 2023 general elections.
Applesbite understands that Governor Wike and some of his colleagues who are in his camp have agreed to remain in the party and work for Atiku’s victory in the forthcoming election.

This resolution followed a closed-door emergency meeting held at the Rivers State governor’s lodge in Abuja on Sunday.

A member of the PDP National Working Committee who spoke on condition of anonymity saying that none of the serving or former governors was leaving the party as was being rumored.

He said all the party chieftains resolved to work together to address whatever internal crisis exists and support the party’s presidential candidate towards victory in the 2023 elections.

PDP Chieftains At The Meeting

Those at the meeting include Governors Seyi Makinde of Oyo State, Okezie Ikpeazu of Abia State, Samuel Ortom of Benue State, and Ifeanyi Ugwuanyi of Enugu State

Senate Minority Leader, Philip Aduda, was also at the meeting with some members of the PDP National Assembly caucus.

In May, former Vice President Atiku Abubakar polled 371 votes to emerge as the PDP’s flagbearer ahead of Wike who scored 237 votes to come second in the party’s presidential primary.

Weeks after the primary was held, the PDP presidential candidate named Governor Ifeanyi Okowa of Delta State as his running mate.

This, however, led to a disagreement among party stakeholders as some commended the choice of Okowa while others rejected it, saying Atiku should have picked Wike who was the runner-up in the primary in the stead of his Delta counterpart.

In a bid to address the perceived grievances of the governor, the Board of Trustees (BOT) of the PDP set up a reconciliatory committee to meet with Wike of Rivers State over the fallout of the party’s presidential primary and crisis trailing the nomination of a running mate.