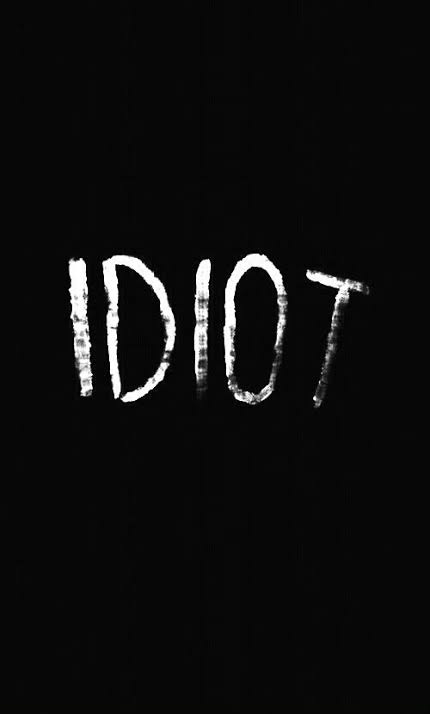 An idiot is a stupid person. If that’s still ambiguous, let’s say, an idiot is a person with relatively low intelligence.

The world is replete with people varying levels of intelligence.

Almost anyone would consider themselves to be intelligent, of course, and it can be very hard to get an accurate assessment of our own intelligence. After all, our thoughts always tend to sound smart in our own head, don’t they?

Being an idiot is temporary state for some, self-permanent for others.

It cuts deeper than just about anything you could say. And yet, some people have earned the title.

1. They refuse to change their mind.

Intelligent people change their minds often. They don’t do it because they’re fickle, spineless, or immoral. They do it because the world is complicated. We’re always finding out new information. We adjust their worldview to accommodate what’s new.
Idiots base their self-worth completely on their opinions. They equate opinions with beliefs and values.

When you challenge their opinion, they see it as a personal attack on every single part of their identity.
Reality attacks them every day.
They’ve never learned how to change their mind, because they’ve never tried. It’s not entirely their fault. Their culture has taught them that changing your mind too much shows weakness. When you disagree with an idiot, it’s like you’re already calling them one.

2. They have to win every single argument.

It would be one thing if idiots lived their own lives according to their own values and principles.
But living doesn’t make idiots happy.

Idiots feel the need to control everyone around them, which also means they start arguments they know they’ll lose.

They lose because they don’t understand what an argument is. Intelligent people see arguments as exchanges of information, attitudes, opinions, and values, and all that great stuff.

You can’t “win” an argument.
Intelligent people don’t see debates as contests. They see them as opportunities to share their thoughts. They know they’ll come away with new perspectives they didn’t have earlier.

3. They despise difference and diversity.

Idiots feel threatened by anyone who doesn’t look, sound, think, or act exactly the way they do. To feel safe, idiots need everything around them to reflect and reinforce the identity they already have.

They have such an insecure sense of self, they’re afraid that being around difference will change them.
Idiots base their identity largely on their ability to conform. When all you do is confirm, your mind can’t handle difference.

They see new attitudes and ideas as contagious, especially when they come from other cultures.
This is why they feel outraged over Festivus poles, or the sight of women going to school or not covering their hair, or someone who doesn’t look like them going for a jog in their neighborhood.

Idiots like the saying, “Everyone’s entitled to an opinion.” Of course, they don’t really mean this. That’s why idiots get so upset when someone expresses any kind of opinion they find unappealing.

4. They dehumanize others with ease.

Once or twice, I’ve gotten into arguments with idiots. They’re always the first to start with name-calling. They’ll insult your physical appearance first, and go from there.

When idiots run out of reasons and facts, the slurs come out.
They know it’s an effective way to end a debate, and gives them the illusion they’ve won simply by hurting someone.

You might stop and wonder if the term “idiot” itself is dehumanizing. But idiots are people who just need to calm down and stop forcing their lifestyles on everyone else and claiming to be the only voice worth hearing. That’s all intelligent people want from idiots.

We don’t need idiots to give up their family, language, values, or their homes— as they’ve so often expected of others.

But this is exactly what idiots expect of everyone else.
They justify their violence by denying the very humanity of the people they can’t stand for being different.

5. They love hurting things.
Idiots enjoy causing pain and suffering. It starts small with bugs and plants then escalates with animals. Any living creature that can’t fight back, they want to cause it harm.

We tend to relegate this kind of behavior to psychopaths because we don’t want to acknowledge how prevalent it is. For idiots, anything less than human exists to suffer for their entertainment.
And so we get dogfighting and sport hunting.

It’s not entirely their fault. Idiots receive a lot of violence in a lot of forms. They grow up thinking the only way to process their own trauma is to inflict more of it on other people.

They believe hurting things protects them from being hurt, and heals what happened to them in the past.
So they’ll beat their wives and kids.

6. They laugh at the suffering of others.

The weakness of others is funny to idiots. They’re so confident in their own mental and physical superiority, they can’t fathom that day in the future when they’ll need help. When that day comes, they won’t acknowledge the help they get. They’ll see it as something they earned. To idiots, help is vulgar.

Idiots justify their behavior by elevating themselves above everyone else. This practically requires them to constantly mock and demean anyone who isn’t like them, or who disagrees with them.
Their winner-take-all attitude includes trash-talking the ones they’ve already taken everything from.

Their offensive remarks act as a smokescreen. They honestly believe the awful things they say about other people, because if someone else is that bad, then they deserve what’s happening to them.
When you live to offend, you also live to be offended. It’s a short, easy high that leaves you wanting more.

Anyone can be an idiot.
Idiocy transcends race, class, religion, and gender. I’ve met idiots from around the world. Idiots have a way of thinking that they’re always right. They hate changing their minds. They think difference is contagious, because they lack a sophisticated, flexible sense of identity.

If they can’t be what they’ve always been, then they’re nobody.
Idiots have a way of thinking only they are entitled to certain things. Everyone else is unworthy. 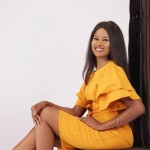