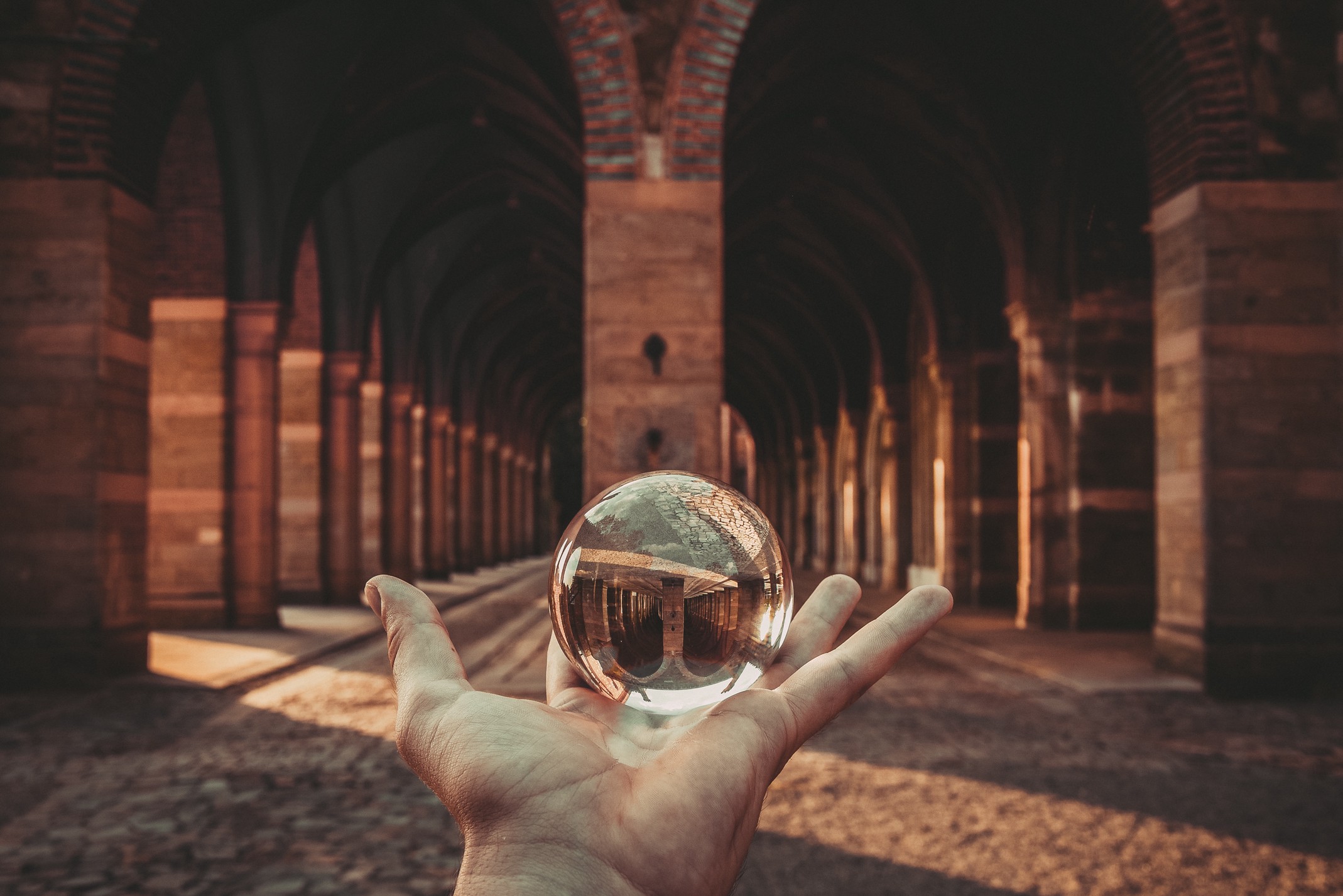 “Tell me where I’m going to die so I never go there.”
The sentence above describes a superpower few people have. It’s one I’ve only been able to exercise ten percent of the time, but that ten percent creates most of the positive results I get in my life.

What’s the superpower? Restraint.
Success, happiness, or whatever word you use to articulate what you want, often involves what you don’t do.

Also, restraint from one action can be a springboard to a more useful one, e.g., talking to listening.
We live in an unrestrained world. It’s getting louder, angrier, more chaotic and pretentious.

Which is why it’s the perfect time for you to behave in the exact opposite fashion and wield these superpowers few people have.

“A know-it-all is a person who knows everything except for how annoying he is.” — Demitri Martin
If you’re a smart person, you might have the tendency to want to show it off.

You want people to know you’re smart. While there’s nothing wrong with displaying your intelligence, the costs for showing it off too much are high. People don’t like being corrected. Also, they don’t want a mirror reflected on their own inadequacy.

If you’re in a work setting, follow one of Robert Greene’s 48 laws of power — never outshine the master. Showing up your boss is a surefire way to make the relationship contentious (even if only subtly).

Also, paraphrasing Greene again, it’s much more clever to resist the urge to display your cleverness (move in silence…let people think you’re less intelligent than you are).

It’s difficult for me. I’m tempted to correct people when I hear them say something incorrect. I love talking about all the things I know. But, at times, I’ll catch myself and realize that nobody really wants to know how smart I am. They want to know how I can play a role in their life that benefits them.

It’s almost always better to understate your intelligence than overstate it.

Madness is rare in individuals — but in groups, parties, nations, and ages it is the rule. — Friedrich Nietzsche

We lie to ourselves a lot. One of the main lies we tell ourselves? We think we’re open-minded. On the whole, we’re not.

You’ve cobbled together an identity based on narratives. You tell yourself stories constantly and the ones you repeat often become part of your personality. You’re also prone to adopt narratives based on groups you belong to. You do this because human beings are naturally tribal animals.

The problem with this occurs when you’re unable to even hold views that deviate from your group’s list of stances. This is what you see in the political sphere right now — no one’s budging.

If you’re able to form your own worldview — a legitimate one should contain elements of contradictory philosophies — you’ll have the benefit of not being a crazy person participating in mud slinging contests.

It’s pretty much impossible to form an original worldview because you have to form it by picking up established narratives (unless you’re a truly original thinker, which you’re not). Just knowing how difficult it is to form untainted beliefs gives you the humility to second guess your own opinions.

The end goal? Be able to say that you’ve put thought into which components of group narratives you decided to adopt. And then, stay out of the herd altogether.
You’re going to have to sit on the sidelines while everyone else bickers. Don’t even participate in the discourse. Improve your life.

At the end of the day, most of what happens in your life can be seen and shaped through the lens of your individuality. No matter what group you belong to, the experiences, memories, and emotions you have are unique to you. And, you can only genuinely look to yourself to reshape any of the above.

Stop Caring What People Think About You

“You want praise from people who kick themselves every fifteen minutes, the approval of people who despise themselves.” — Marcus Aurelius

You want to know a great trick for letting go of other people’s opinions? Read a book about space or watch a Youtube video about it. Right now, I’m reading Stephen Hawking’s A Brief History of Time.
Here’s a passage from it:
“Our sun is just one of the one hundred thousand million stars that make up our galaxy the Milky Way.

The Milky Way is only one of the many galaxies in the local group. The local group, in turn, is just one of the thousands of groups and clusters of galaxies which form the largest known structures of our universe.”

Now think of your place in that universe. Why so preoccupied about ‘what will happen’ or ‘what others’ will think when you’re already essentially dead? Because human beings are the only known species arrogant enough to place themselves at the center of the universe.

I do it. You do it. The less it’s done, though, the freer you are. That’s the thing about freedom — it’s often a consequence of what you don’t do. Once you decide to stop caring so much, it’ll allow you to do what you want.

Are you going to let other people — infinitesimal pieces of existence in the expanse of the universe — stop you from living your life the way you want to live it?

Stop Placing Blame Altogether
“If it’s in your control, why do you do it? If it’s in someone else’s control, then who are you blaming? Atoms? The gods? Stupid either way. Blame no one.” — Marcus Aurelius
This is about taking ownership of your mind.

If you don’t own your mind, someone else or circumstance will. Owning your reactions to what happens to you gives you a source of power no one can corrupt.

Like most of us, I get angry when someone slights me or treats me unfairly. When situations don’t go the way I want them to, I begin feeling sorry for myself. If I’m lucky, I catch myself and focus on the role I played in the situation.
You’ve heard this before. It’s so cliche. Why add personal responsibility to this list?
Because it’s really really hard and goes against our nature.

Also, there are times where the blame should be placed somewhere other than on yourself, but it’s often fruitless.

Sure, you might be able to convince the person you blamed they’re wrong, but at what cost? To what degree did each of you play in the situation (your apt to take more percentage of the victim category than you should)?

You might be able to bend the universe to your will and make the circumstances around you better — as opposed to just being better — but, again at what cost?

In my life, at least, I’ve seen that forgoing the blame game is a net positive ninety-nine percent of the time. Does that mean I always accept responsibility instantly? Hell no, but being able to do it even some of the time goes a long way.

Have you ever been in a conversation where it’s clear no one is listening? Each person talks and the others are waiting for a millisecond of silence to jump in.

This entire post has been about dialing back your tendencies. Why is that important? When you’re a little more restrained in your actions and your thoughts, you become a better observer.

When you become a better observer, you realize that you can get further ahead by doing less. It’s not easy to put that idea together at first — less outward activity equaling better results — but it’s true.

If you let other people talk, listen to them, and give up your need to jump into the conversation right away, everyone will love you. People love to talk. Let them.

While they talk, listen. If you really listen, they’ll give you all the information you want to know — their hopes, fears, desires, needs, likes, dislikes. Just sit there while they ‘spill the tea.’

Then, you can do little things that make them feel like you’re a great conversationalist and someone they can trust, even if you barely talk — repeat what they said back to them, ask them a question that makes them continue to talk, genuinely highlight when they bring something up you have in common.

You can use this technique in a real conversation or the conversation — the zeitgeist, blogs, and social media. Don’t jump in the debate. Watch it while everyone reveals their cards.

Stop Letting Your Desires Pull You in Every Direction

“Those who act with few desires are calm, without worry or fear.” — Buddha

Books like Think and Grow Rich teach you to have an ultimate desire for wealth to get it.

If you like to read about business and self-improvement like me, you see Facebook ads on “how to start a six-figure business in real estate” or whatever.

Ambition can be good and necessary. It can also be poisonous. When I focus too much on results — output — writing becomes less fun. It starts to feel like work. When I write what I think you want to read and start to pander because of a desire for clicks, the work suffers.

Every time I do something I don’t really want to do because I think it will help me get something I desire, I feel bad, misaligned, incongruent.

The only times I’ve ever succeeded and felt good were bi-products of doing the work I enjoyed doing.
How about you? What status games are you playing right now? What objects and circumstances are you lusting over? Are you being controlled by a desire for the output or the need to do the input?

I have to remind myself constantly that I can be happy with what I have this second. And, even if my life gets better outwardly, I’ll adjust to it quickly and begin running on the hamster wheel all over again. Better to just do the things I love, right now, and forget about the future.

Stop Taking Everything So Seriously
“Outrage is like a lot of other things that feel good but over time devour us from the inside out. And it’s even more insidious than most vices because we don’t even consciously acknowledge that it’s a pleasure.” — Tim Kreider

Imagine a society where everyone tended to their own well-being first before shouting into the sky about the government or what’s on the news?

What if we stopped watching the news altogether? If we did that, we’d realize — while things are nowhere near perfect — the sky isn’t falling. It isn’t. It isn’t.

You can probably see this in your own life. The things we tend to take seriously at a high level, e.g., will we go to war with ‘x’ (there’s always an x), have little to do with what’s going on at the ground level, otherwise known as our actual life.

I stopped reading the news and going on Twitter all the time. It’s not real life. I realized I was getting riled up over nothing. Also, even if the situations were as dire as I thought, my tweets weren’t going to fix the situation.

All the while there were plenty of things in my own life that needed tending to.

Get out of the outrage, ‘if it bleeds it leads’, machine right now. It’s not worth your sanity.

Then, even in your own life, try to stop taking everything so seriously.

Spend time with your friends and family without worrying much about anything beyond them.

I’ve said this many times. From the perspective of the universe, you’re dead. Clutching on the steering wheel of life gives you the illusion you have control. You don’t, really.

Related tags : 7 Psychological Superpowers Few People Have (That You Can Use to Set Yourself Apart)