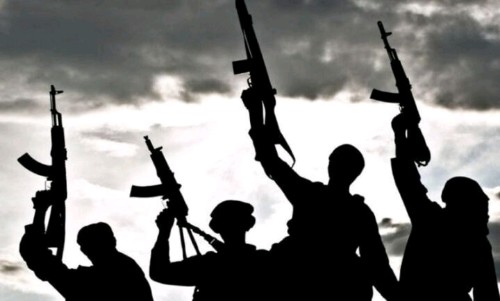 The Evangelical Church Winning All (ECWA), Kasuwan Magani district church council (DCC) in Kaduna, says 807 members of the church were abducted between January and November 2022.

Kasuwan Magani is a town in Kajuru LGA of Kaduna state.

Speaking on Thursday at a media briefing, Timothy Maigida, chairman of ECWA Kasuwan Magani DCC, said ECWA churches in Kajuru LGA have been under constant attack by bandits.

“In 2016 when the terrorism and kidnapping for ransom started, 38 people were abducted in all. Eight of the victims were killed, and the remaining were released after the payment of ransom,” he said.

“In 2017, the number of people killed was 35. In 2018, a crisis erupted in Kasuwan Magani market on October 10, 2018. That single incident claimed the lives of 286 identified locals that went to the market that day.

“That was apart from those from outside the local government that were not identified.

“In 2019, we lost 196 members to armed bandits in an attack on churches in six communities.

“We have suffered and still suffering both the kidnapping and killing of our people. From January to November, 807 people were abducted by bandits.”

Speaking further, Maigada said the church had decided to hold a sober reflection service on December 10.

“It is in view of all these devastations that we as a church and people have endured, that we have decided to hold a sober reflection service on 10th December, 2022 in Kasuwan Magani and bring in people within and outside Kaduna that would help us to rebuild our homes, churches and communities,” he said.