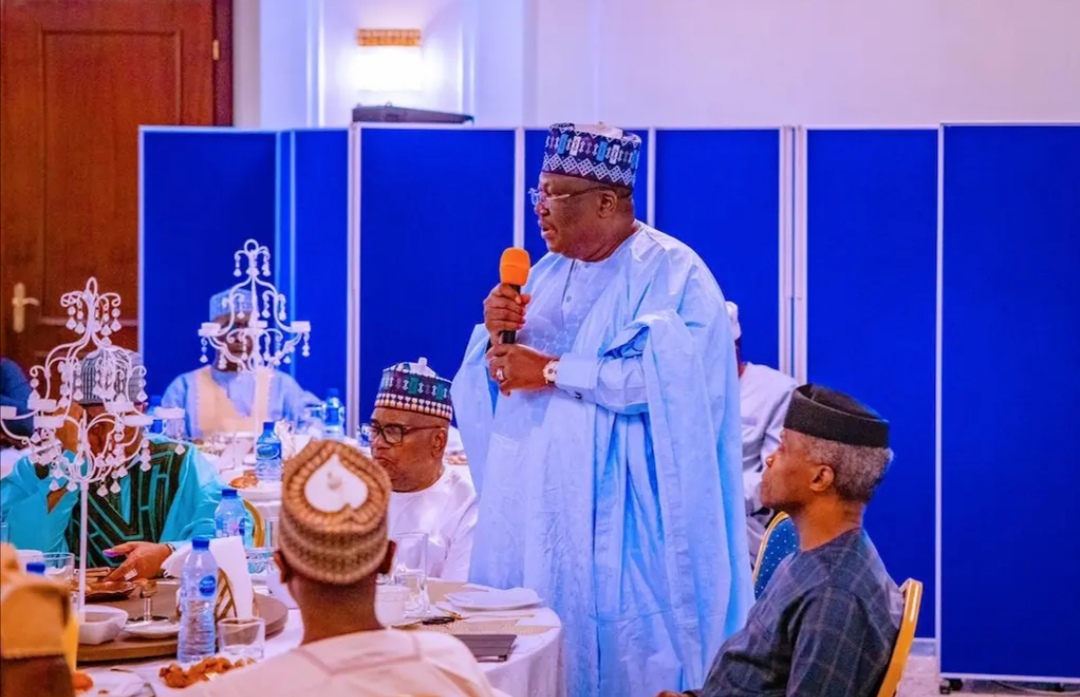 The details of the All Progressives Congress (APC) caucus meeting with Vice-President Yemi Osinbajo have emerged.

Recall that the vice president hosted the legislators to Iftar dinner at his official residence at Aguda House within the Presidential Villa, Abuja on Tuesday.

Speaking with reporters after the meeting, which was held behind closed doors, senate president, Ahmad Lawan said the number two man invited them because of his presidential ambition in 2023.

Lawan disclosed that Osinbajo wanted their support and collaboration in actualising his presidential ambition, he added that they wished him well in the race for the highest office in the land.

He boasted that the APC will return to power in 2023 at the centre and also win majority of the state gubernatorial elections.

“We had Iftar dinner with His Excellency, the Vice President and thereafter we had brief interaction on our Government and of course on the Vice President’s declaration to run for the presidency of our great country, the Federal Republic of Nigeria,” Lawan said.

When pressed further, Lawan said: “naturally, the Vice President told us that he has expressed his interest and that he wanted to consult with the Senate APC caucus.

“He wanted us to hear from his mouth and we did and he was seeking our support in whatever way we can at the appropriate time and we wish the Vice President good luck in this endeavour.

“But let me assure everyone that the Senate APC caucus and indeed the National Assembly caucus of the APC will continue to work very hard for our great party, the APC, to continue to provide services to Nigerians and also work hard to ensure that by 2023, the next administration is an APC administration at the center and majority of the States in our country, by the Grace of God will be APC.”