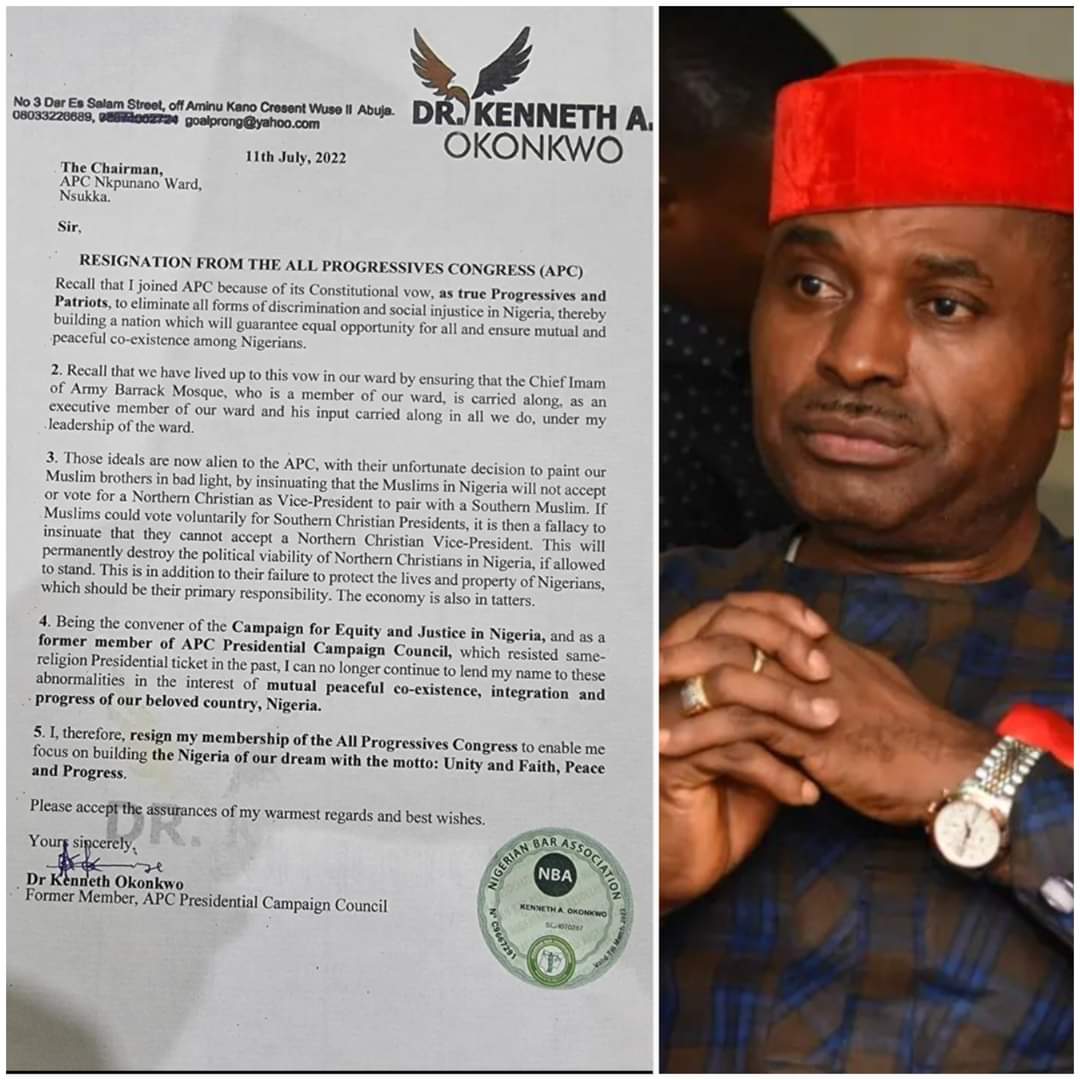 Nollywood actor, Kenneth Okonkwo, has resigned his membership of the All Progressives Congress over the choice of Kashim Shettima as the running mate of the party’s presidential candidate, Bola Tinubu.

He revealed this in a letter shared on his Instagram page on Monday.

Part of the letter read, “Recall that joined APC because of its Constitutional vow, as true Progressives and Patriots, to eliminate all forms of discrimination and social injustice in Nigeria…