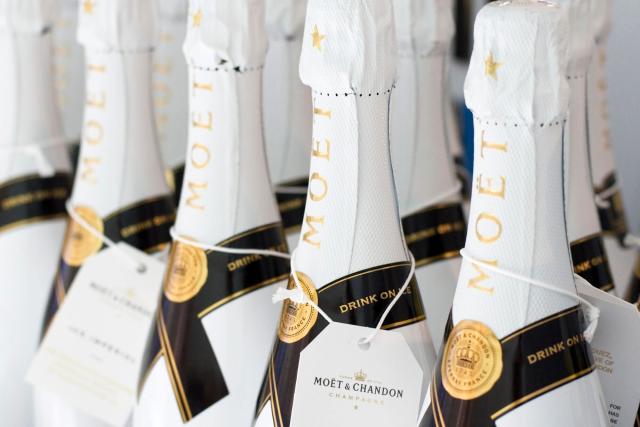 A dozen people have become ill and one man died after unsuspectingly drinking from the adulterated bottles of Moët and Chandon.

Popping champagne bottles has become a club cliche. Similarly, MDMA, also known as ecstasy or molly, is often described as a “club drug.” It’d be naive to think that these two intoxicants — one legal and one not — haven’t been recreationally mixed on the party scene before. But a recent series of recalls in Europe has nothing to do with having a good time. On multiple occasions, tampered bottles of Moët and Chandon filled with deadly levels of liquid MDMA have somehow found their way to unsuspecting consumers.

The issue began back in February: About a dozen people became ill in Germany and the Netherlands, including one death, after consuming the liquid inside three-liter bottles of Moët and Chandon Ice Imperial, according to Food Safety News. Though officials were reportedly unsure of how the bottles became adulterated, the issue did not come from Moët Hennessy; instead, the bottles had apparently been emptied out, filled with liquid MDMA, and resealed with different corks.

At that time, a specific lot code of bottles that was believed to be affected were recalled: LAJ7QAB6780004. However, further investigations in Europe have led to a second lot code being added to the recall as of last month: LAK5SAA6490005. The Brussels Times reported that at least one of these doctored bottles was found on open sale. Other reports said bottles had been found both online and in physical shops

The European nonprofit Food watch explained, “Touching and/or drinking the contents of the bottle is life-threatening, even trying it by dipping the tips of your fingertips can cause massive health problems. Champagne infused with MDMA does not sparkle, smells like anise, and has a reddish-brown color. Affected bottles must immediately report to the police.”

The bottle that killed a man in Germany reportedly contained 1,000 times the amount of MDMA found in a single ecstasy pill. So far, there have been no reports of the bottles being seen in the United States.