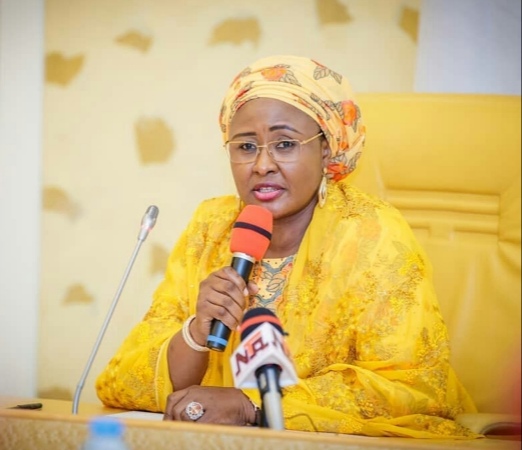 After what seemed a break from attacking her husband or his appointees on social media, First Lady Aisha Buhari is back in the news.

This time around, it is the Minister of Communication and Digital Economy, Ali Isa Pantami, that seems to be the target.

In an Instagram post on Sunday, the First Lady shared a video showing Pantami shedding tears during one of his sermons.

The minister burst into tears after his reciter read a verse of the Holy Quran.

“That is the Garden we shall give as their own to those of Our servants who were devout,” read the reciter from Surah Maryam, Verse 63.

The First Lady, who posted the video, attached a short Hausa sentence to it.

“A chire tsoro a yi abinda ya dace”, which can be interpreted as “Be courageous to do the right thing”.

It is unclear why the president’s wife posted this video, which is currently generating attention on social media.

She put up the post three weeks after Pantami joined Yusuf, her son, with Zahra Bayero, at Bichi Central mosque in Kano.

The wedding was the talk of the town.