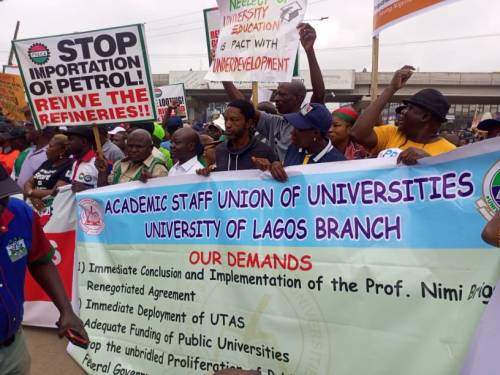 The Nigeria Labour Congress (NLC) has begun its solidarity strike with the striking Academic Staff Union of Universities (ASUU).
It is understood reports that NLC members, other unions, and civil society groups have gathered under the Ikeja bridge to begin the protest.

As of the filing of this report, vehicular movements have been disrupted and business activities around the area have been shut down over fear of attack.

Recall that the NLC had announced a protest to force the Federal Government and ASUU to resolve their issues and suspend the lingering strike.