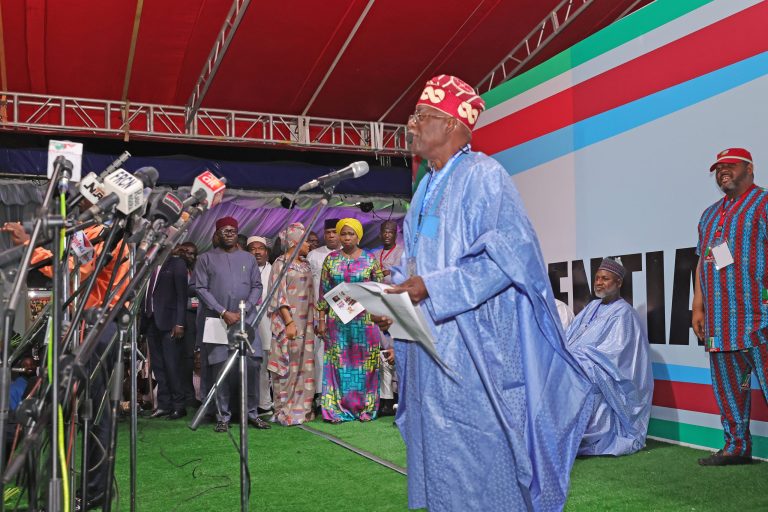 The presidential candidate of the All Progressives Congress (APC), Bola Tinubu has met with the leadership of the National Association of Nigerian Students (NANS) and pledged to intervene in the lingering strike by the Academic Staff Union of Universities (ASUU).
Tinubu and his running mate, Kashim Shettima, met with the leadership of the student body, on Wednesday in Ososgbo, Osun State.

In a video shared on Twitter by an APC member, Segun Dada, the former Lagos governor said he decided to intervene in the strike following President Muhammad Buhari’s lamentation in the last 48 hours, which left the door open for intervention.

Tinubu said they are planning to use a back channel to intervene in the industrial action by the university lecturers.

He said: “We were trying to find even if it is back door, a way of reaching them. I am assuring you, we are not going to use the back door because our leader too.

“Buhari has shown his lamentation in the last 48hours and as a result of that, he has left the door open for our intervention.”