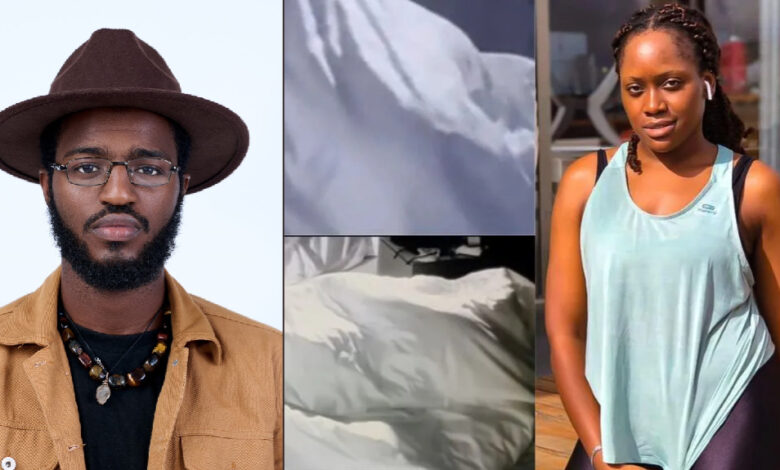 Big Brother Naija (BBNaija) season seven housemate, Khalid has admitted that his relationship with Daniella might hit the rock soon for religious reasons.
The Lagos-State-born graphics designer has found love in his fellow housemate, Daniella since the season seven edition of the reality show began weeks ago, Naija News understands.

The Level Up housemates had a party on Saturday night after which Khalid revealed that he would have to call his relationship with Daniella a quit if she continues drinking alcohol.

Khalid recalls that he is a Muslim and hence would not tolerate Daniella taking alcohol.

He said: “I’m a Muslim, if Danielle keeps drinking alcohol, it’s over between us.

“She has had a drinking problem before and I don’t want her to get back there.”

Khalid Caught Having S3x With Daniella
There was a barrage of reactions on social media last week after Khalid and Daniella were caught enjoying steamy moments under the sheet for the second time on the reality show.

The pair, who are officially a couple in the BBNaija house was filmed cuddling under the duvet for a long period with fellow housemate Amaka seen watching them from her bed.

Many claimed the reality TV stars have had s3x following the complaints from some of the housemates about missing condoms.

Khalid has also confirmed to Big Brother in his diary session that he is happy to be in a relationship with Daniella.