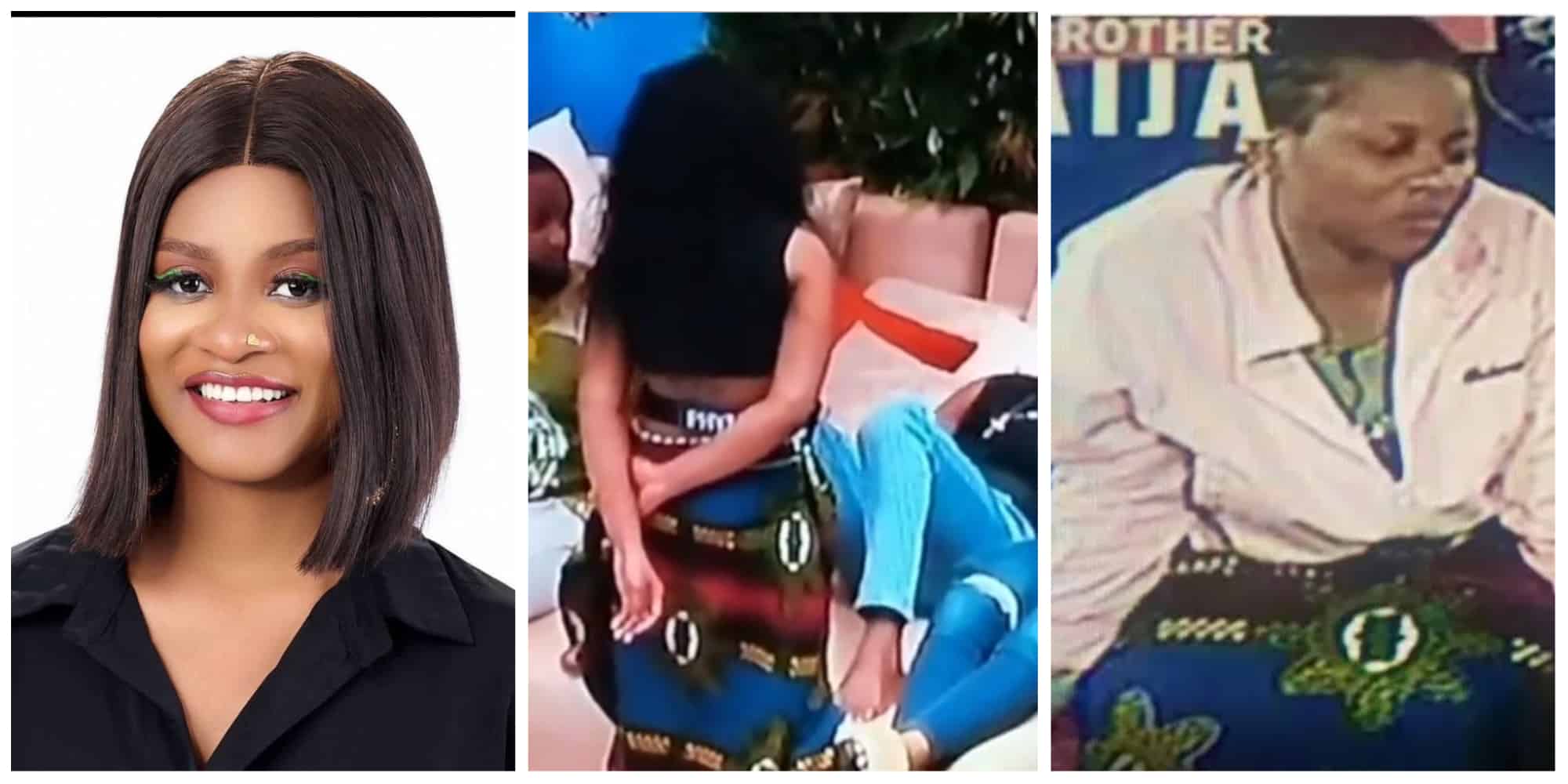 Big Brother Naija Season 7 Housemate, Phyna has made history in the reality show as the first housemate to bring wrapper to the reality TV show.
The 25 years old, who hails from Edo State proudly showed she is a ‘Nigerian woman’ as she rocks the wrapper while discussing with her fellow housemates.

According to Phyna, she brought the wrapper to biggie’s house to properly cover herself while sleeping.

Applesbite recalls Phyna during her unveiling as a housemate of the show describes herself as allergic to malice and short-tempered.

She considers herself jovial and maintains she is also allergic to gossip.