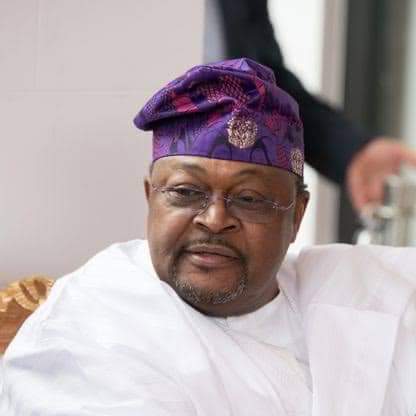 There is the maxim: ‘Life begins at 40’. But for Adenuga, fondly called The Spirit of Africa by many, life began in his 20s.

The guru became a millionaire at the young age of 26, and today, he is one of Africa’s richest and holds business interests across several lucrative sectors of the economy like oil and gas, telecoms, banking and real estate in various countries on the continent.

Next Read: Exclusive! Grey Areas in the Relationship Between Baba Ijesha and Princess the Comedian Revealed

Forbes, the influential international finance journal, valued Adenuga at $6.1billion. But he is definitely worth at least $2billion more as their methodology is overly dependent on stocks.

Yet, this business colossus, also called Chairman of Chairmen by some fellow billionaires, remains a very simple but intriguing man. Adenuga does not fancy anyone invading his much cherished and closely guarded life and lifestyle.

But because of his supposedly reclusiveness, many often wonder whether he relaxes at all. Yes. He does, according to very close sources, with his very close circle of old friends. When he feels like partying, he creates his own party in the quietude of his ultra-luxurious Banana Island, Ikoyi, Lagos Villa.

He has an event planner that handles such events at a very short notice with top notch cuisine, choice drinks and for music: he has the icons —Ebenezer Obey and King Sunny Ade— on speed dial to come and entertain him and his friends. But such occasions are rare.

He doesn’t give in to loud celebration of birthdays and that equally played out on Thursday 29 April, when Adenuga turned 68. Sources said this great philanthropist and Pan-Africanist quietly celebrated his special day.

Of course, his family members, close friends and associates have come to recognise and appreciate these principles: no loud party, no lavish spending. Some of them have been forced to imbibe these principles. There are celebratory messages, encomium and prayers but all that Adenuga wishes for is good health and longevity.

And contrary to speculations from the rumours mill, God answers his prayers as he is said to be healthy, vibrant and strong. This further reinforces the billionaire’s kind nature. As God blesses him, he blesses others too. His plate is always full with all sorts of requests, yet his main interest is to avail himself to family and friends, as well as those who need his help, behind closed doors.

The Globacom founder moves like a storm —you don’t get to see him but he makes things happen all the same. He hides in plain sight all the time but consistently leaves great things in its wake. And he has been rewarded not only for his good deeds but for excellence in business severally.

Saturday Sun learnt that the Ijebu-Igbo, Ogun State-born Adenuga remains the most decorated African billionaire with highest National honours from Nigeria, Ghana and France. He has received several recognitions, including the 2007 African Entrepreneur of The Year; Grand Commander Of The Order of Niger (GCON) in 2012; Companion of the Star of Ghana (CSG) in 2018, and also in same 2018, he was decorated with the insignia of a Commander of the Legion of Honour by French President Emmanuel Macron. Adenuga was also listed among the 100 Distinguished and Eminent Nigerians Centenary Awards in 2018.

But is there any African super-billionaire as low-keyed as Adenuga? It’s doubtable. As the Bull adds a new year and looks at joining the Septuagenarian club in less than 24 months, Adenuga hopes to remain that exceptionally private but busy man who spends his time creating wealth as well as helping humanity to live a very good life.