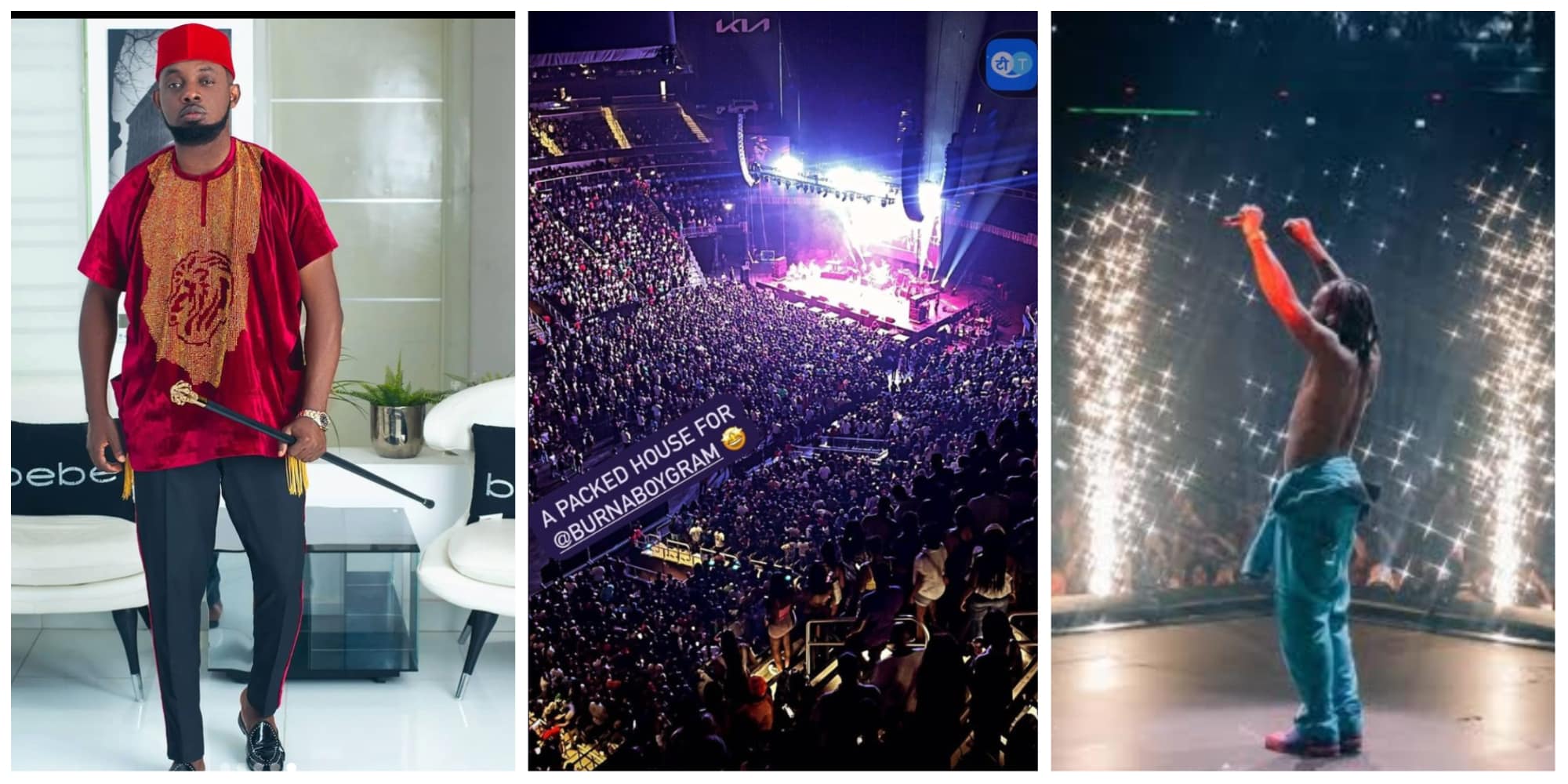 The latest achievement has also made Burna Boy the first African artiste to sell out the State Farm Arena.

Taking to his Instagram page to celebrate the singer, AY declared him as a big ‘GOAT’ (greatest of all time).

The comedian also expressed excitement about being part of the music concert in Atlanta.

He wrote: “Las Las beyond breakfast, @burnaboy is a big ‘GOAT’ for lunch and dinner on every level of musical culture. I was so proud to be a Nigerian last night in Atlanta. This one talent don CAST”

The singer made this known in the last track of his latest album ‘Love Damini’.

While expressing the need to show love to people when they are still alive, the singer said he should have talked to Sound Sultan before he died.

Burna Boy added that he’s trying to be a better man but still has issues with his anger.