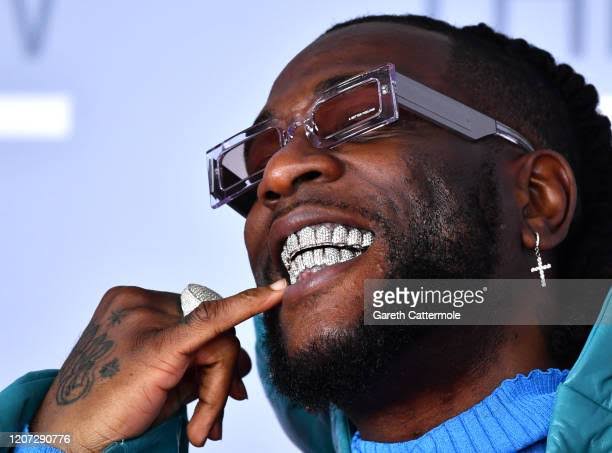 The historic 2 hours concert titled ‘One Night in Space’ also streamed live on youtube gaining over 81,000 viewers drawing fans from different countries including Nigeria, United kingdom, Australia, and Canada. Burna Boy opened the show dressed in black designer jacket and black pants to match changing to different fanciful attires as he performed songs from his African Giant and Twice as Tall albums.

On his twitter handle he tweeted “The Journey in NY has been a blessing. PlayStation theatre in 2017, Gramercy theatre in 2018, The Apollo in 2019 and Today 2022 we are in MADISON SQUARE GARDEN. Thank you NEW YORK for sticking with me all these years through this great Journey. Love, Damini,”

The event so far has seen a ripple effect on the Afrobeats culture as twitter unveiled the #AfricaToTheWorld hashmoji to spotlight African influence and voices who impact their community.

Burna Boy joins Michael Jackson, Elvis Presley, The Beatles, Adele, Rihanna, Jay-Z, Justin Bieber, Mariah Carey on the list of Artistes, who have sold out the world’s most famous arena.

This year alone the Afro-Fusion artist has headlined events in Amsterdam, Dublin, Manchester and Rotterdam, with upcoming events in Atlanta.