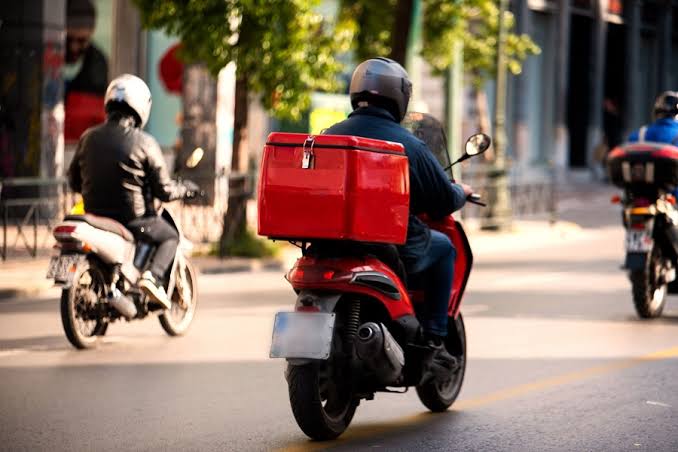 A yet-to-be-identified dispatch rider has been arrested in the Sangotedo area of Lagos State with a baby inside his courier box.

The development was posted on Twitter alongside a video by Gidi Traffic in the early hours of Saturday.

The dispatch rider was beaten by the angry mob that made the discovery.

He was later seen sandwiched between an okada rider and a man carrying the baby, with an indication that they were taking him to a Police Station.