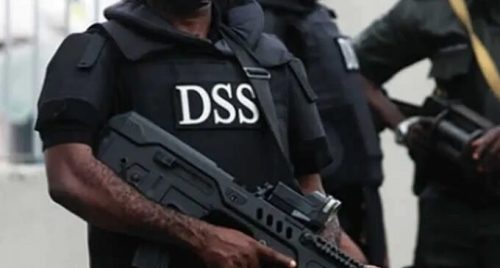 Operatives of the Department of State Services (DSS) have reportedly arrested a suspected Boko Haram leader in Abeokuta, Ogun state.

According to Applesbite, the suspected Boko Haram leader was arrested at the Ijaye area of Abeokuta on Sunday.

A source reportedly told the newspaper that the suspect initially resisted arrest before he was overpowered.

The suspect reportedly arrived in Abeokuta from Katsina state and took up a security job at Ijaye to gather intelligence for planned terrorist attacks.

The suspect was said to have moved to Abeokuta to set up terrorist cells for kidnapping and terror attacks.

After intelligence gathering, the DSS reportedly raided his hideout and arrested him. The suspect is currently said to be in DSS custody.

“It was not an easy ride. Intelligence and the grace of God were sufficient for the operatives. There are still many of them around, but we are on top of our game,” the newspaper quoted a source as saying.

When reached out to on Monday, Peter Afunanya, DSS spokesperson, said “I have no comment to make please”.

The development is coming amid apprehension of terrorist attacks in many parts of the country following the surge in attacks in Abuja and other parts of northern Nigerian.