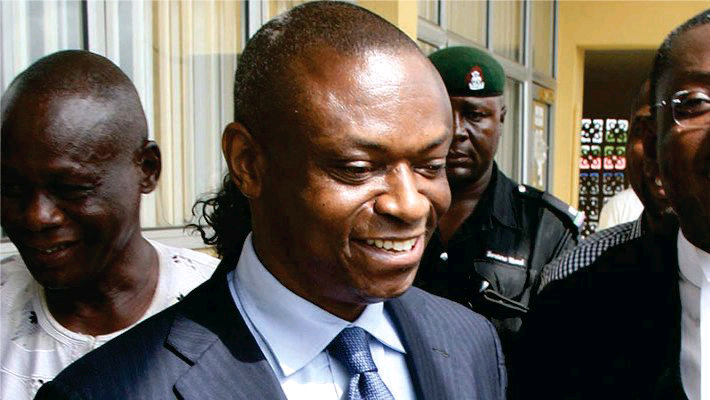 Some senior officials of the ministry of justice have been quizzed by the Economic and Financial Crimes Commission (EFCC) over suspicion of corruption in the compilation of the presidential pardon list.

President Muhammadu Buhari controversially pardoned Joshua Dariye and Jolly Nyame, two former governors currently serving jail terms for corruption, after getting the nod of the Council of State on April 15.

The council is made up of the president, vice-president, former heads of state, former chief justices, senate president, speaker, governors, and the attorney-general of the federation (AGF).

Based on the recommendation of the presidential prerogative of the mercy committee, Buhari submitted the names of 162 persons to the council for advice.

Based on the recommendation of the presidential prerogative of the mercy committee, Buhari submitted the names of 162 persons to the council for advice.

All, except Francis Atuche, former managing director of Bank PHB, and two others were approved.

There has been widespread criticism of the pardon and the full list of those pardoned is still being kept under wraps, although it was gathered that many convicted coup plotters made it.

Dariye and Nyame are yet to be released from prison weeks after the pardon, reportedly because of bureaucratic bottlenecks.

Sources at the ministry of justice said that several aides of Abubakar Malami, the AGF, who were responsible for the processing of the list are currently being investigated by the anti-graft agency.

“Of particular surprise is the inclusion of Atuche on the list that was submitted to the Council of State,” an official of the ministry said.

“There are several names that raised suspicion and the EFCC had to be called in to investigate what went down.”

Atuche was, in June 2021, convicted of N25.7 billion fraud and sentenced to 12 years imprisonment to run concurrently for six years.

When the name was presented to the council, it was rejected, supposedly because he had just been convicted and was yet to serve one full year.

Dariye and Nyame were both jailed in 2018.

“Mrs. Leticia Ayoola-Daniels, director of the administration of criminal justice and reforms department under the justice ministry, is also being quizzed by the EFCC,” the source said.

TheCable was informed that those invited have been subjected to lie detector tests “and many of them are failing”.

Some of those quizzed attributed their failure to pass the test to “high blood pressure”.

There is yet no scientific proof linking blood pressure to the effectiveness of lie detector tests.