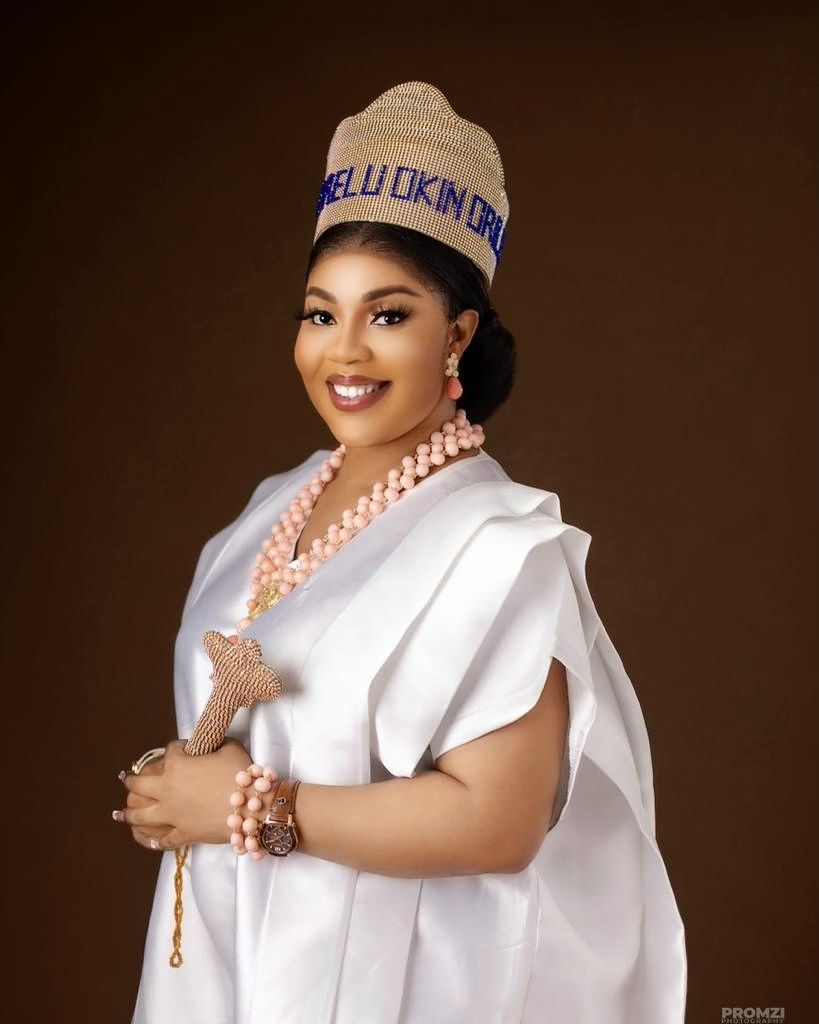 History is replete with women of note, who had the most impact on the world, but only a few refine the industrial and humanitarian tropes of endeavor like Dr. Pearl Chidinma Ogbulu, the Erelu Okin of Orile Kemta, Lagos State.

An historical figure that Erelu Okin shares split semblance with, in legacy and panache, would be Angela Burdett-Coutts, 1814-1906, the first woman to have been a peer, Burdett-Coutts was made a baroness by Queen Victoria for her humanitarian strides to the poor. Prevented from working at Couttus Bank despite inheriting her grandfather Thomas Couttus’s shares and fortune, Burdett-Coutts instead devoted her time to philanthropy.

This great woman in history was a pioneer in social housing, building home for the poor, and financed numerous projects, including the redevelopment of East London.

Her achievements regardless, Erelu Okin nurses no lust for acclaim. With diplomacy and humility wanting of sanctimoniousness and ostentation, she musters the most heartfelt humanitarian gestures.

For a society like Nigeria, characterized by male chauvinism, where women are still getting short end of the stick on most growth and developmental indices, unlikely amazons like Erelu Okin, Dr. Pearl Chidinma Ogbulu, are challenging gender typecasts.
Adroit at being both grit and regal alike, Erelu Okin espouses crucial entrepreneurial anecdotes of a die-hard believer in dignity of labor.

Her permeating poise and social dexterity explains why although, she is from Abia South Local Government of Abia State, South East of Nigeria, she was conferred with one of the most coveted royal titles in Yorubaland; Erelu Okin, by HRM Oba Adetokunbo Okikiola Gbadegeshin Tejuosho.

The Erelu Okin is a high chief in Yorubaland, saddled with numerous spiritual and welfarist responsibilities. The Erelu is synonymous in rank to a senior special assistant on female matters to the king, next to Iyalode who oversees commerce. All officers of the female wings of all societies, institutions or associations are subordinates of the Erelu due to her position as the Governor-General of all females.

The nomination of an Erelu is made by an Oba after duly consulting the deities and his chiefs. Such is the enormousness of the cap that Dr. Pearl Chidinma Ogbulu wears. Suffice to say she adores this responsibility with such self-assurance and charismatic personae.

Like the chieftaincy title that she holds, Erelu Okin, Dr. Ogbulu shares certain aesthetic and intrinsic attribute with the peacock.

With its massive tail and iridescent colors, the peafowl has long been a beauty cynosure to its’ fascinating human observers.

The peafowl are symbolic of re-growth and rejuvenation, royalty, respect, honor and integrity. They are also symbolic of beauty, love and passion. All these are a metaphor for how Dr. Ogbulu carries herself.

Honors
In tribute to her relentless contribution in the upstream oil and gas sector of the Nigerian economy and her efforts in fashion, the Governing Council of European American University, Republic of Panama and the African Regional Operations Conferred on her Honorary Doctorate of Arts (D. Arts) in Fashion Development and Petroleum Management, honoris causa.

Also, she was adorned ‘World Icon of Peace’ by World Institute of Peace, in acknowledgment of her tireless efforts at promoting peace, love and unity in the society.

Philanthropy
Not one to blow her own trumpet, or chase clout over her humanitarian endeavors, Erelu Okin in her modest and humane way have touched more lives than can be totaled. Out-of-school children, widows, orphans, physically challenged and destitute.

Worthy of note was during her invitation to the police station over the frenzied petrol souvenir, after she had sorted herself with the police, she took interest in the case of 10 young men who were going to be jailed. She perfected their bail conditions and helped them regain freedom, without affiliation of any sort with them. Such is the magnanimity of her heart.

Also, worth mentioning is her Project Zero Initiative, a goal of her foundation to show zero tolerance for non education of children.

Erelu Okin has travelled with this Initiative around the country.

She took the initiative to Muslim Grammar School, Ede, Osun State, where through her charity organization, Erelu Okin Foundation, she provided all the kids with brand new school kits, and ensured children roaming streets were registered in school. This same project has been implemented same format at Victoria Island School.

In her words, “Putting smiles on people’s face is a higher calling for me. The crown I wear is heavy. As Erelu Okin, my mission is to beautify lives, and this is just the beginning for me.”

Champions often write history. Sometimes, they rewrite existing narratives. But very few champs excite the splendid tribute of a cheer in the wake of their most glorious feats. Howbeit, Erelu Okin strikingly commands the relentless tribute of a cheer.
She’s one woman to watch out for, as she continues to leave her imprints on the sands of time.