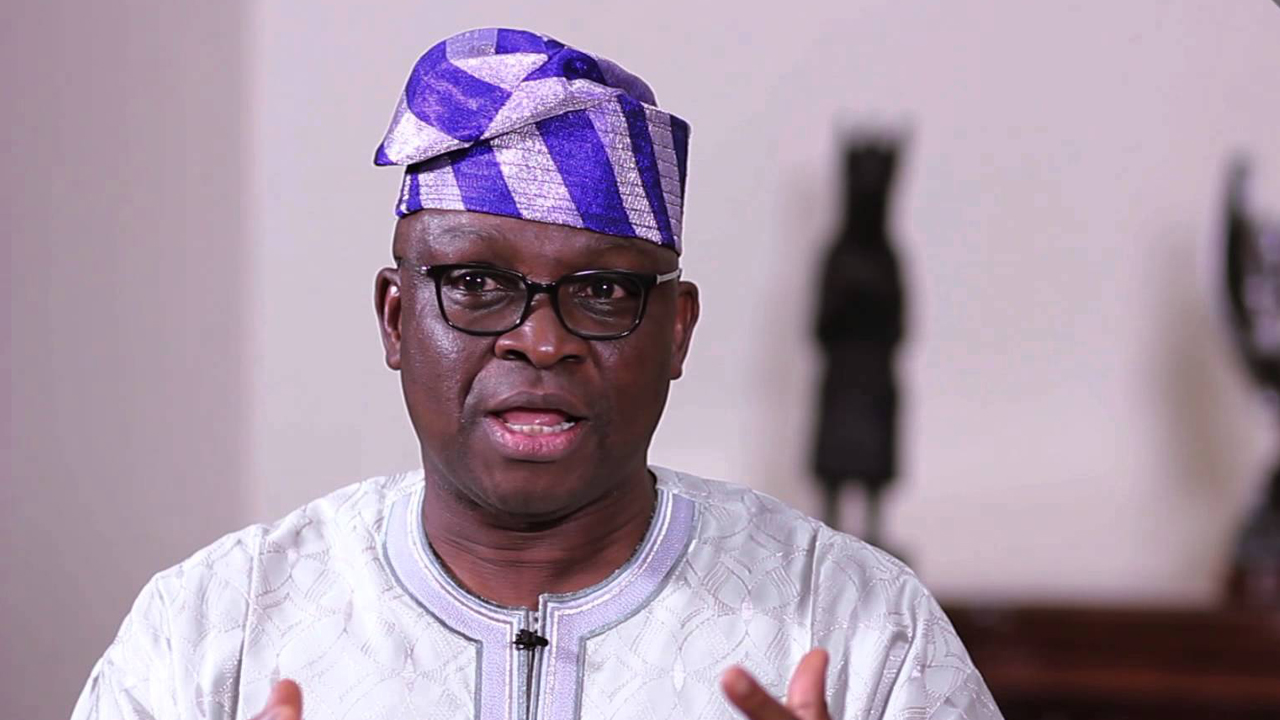 Former Ekiti Governor, Ayodele Fayose has reacted to the rejection of his leadership style by some chieftains of the Peoples Democratic Party (PDP) in the state.
Applesbite earlier reported that the PDP chieftains under the aegis of Ekiti PDP Stakeholders said the current leadership style of one-man-show by Fayose is ineffective, totally primitive and utterly rejected.

In a communique issued on Sunday by the state PDP Spokesman, Raphael Adeyanju, the stakeholders demanded a new leadership style to move the party forward in the state and will unite members.

However, in a chat with The Punch, media aide to the former governor, Lere Olayinka, said the stakeholders have the right to define the type of leadership they want.

He added that the chieftains are allowed to pursue interests within the party, adding that the party will harmonize positions that would move the party forward.

He said: “It is their right to say what they said; it is their right to say they want collegiate or universal leadership. It is normal to pursue interests within a political party; it is also the right of others to say we want it this way. At the end of the day, we will sit down and harmonize positions and we move forward.”

“If you belong to a group that you say is a group of armed robbers, and if you come out to say you are no longer part of that group, whatever benefit you made when you were in the group should be surrendered as restitution before you can be taken to be serious.”