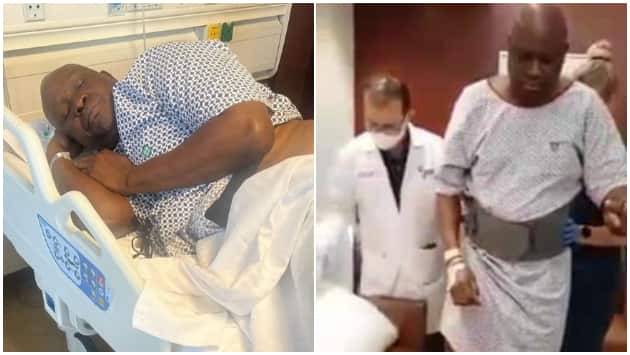 After a successful back surgery, Special Assistant on New Media and Publicity to the former Ekiti State governor, Peter Ayodele Fayose, Lere Olayinka, Wednesday hailed the former governor, noting that his surgery was as a result of the attack on him during the 2018 Ekiti governorship election.

Olayinka disclosed this on his Facebook handle. According to him, Fayose had undergone neck surgery in February, saying that he has done two surgical operations in five months.

“One in February (Neck) and another one now (back). Results of the attack on him during the 2018 Ekiti governorship election. It can only be God. Soonest recovery Osokomole”