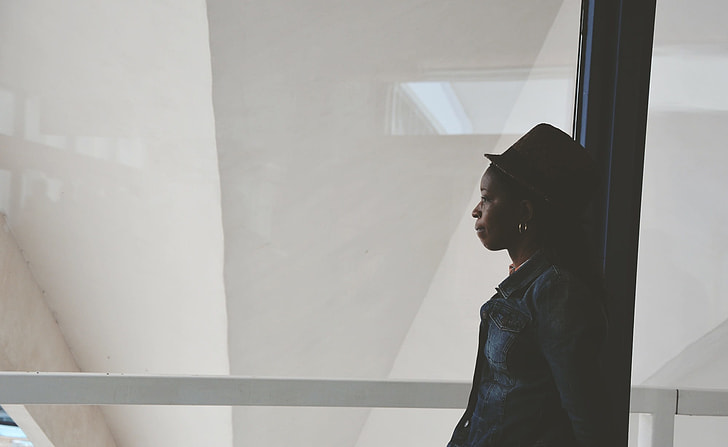 “Oko mi, oko mi, please, come into my room, we need to talk,” my overbearing mother mutters with a decoy of persuasion, as she begins another episode of her cliché sermons.

In recent times, whenever my vivacious mother addresses me as ‘Oko mi’, a word that literally translates as ‘My husband’, however, used as appellation by mother’s to refer to children they’re most proud of, their gender biases notwithstanding, I knew just one topic was up for discussion, my marital status.

“I would not want your siblings to get wind of our discussion,” she remarked, standing in a way that suggests I didn’t have a choice but to follow her into the room.

Of course, I was aware my siblings had no business interfering in my personal affair, not only was it none of their businesses, but I was also the eldest child in the house, at 33, still living under my parent’s roof. So, it would be disrespectful for them to poke nose in my affair.

My mother has been overly concerned since my last marriage packed up six years ago, and I had to return to my parent’s home.

For four years, I was married and stayed in abusive matrimony with a man whom although, never laid a hand on me physically, yet, prove himself as an irredeemable toxic human.

“Oko mi,” my mom’s reverberating voice jostled me back to reality, as I reminisce about some of the most gloomy pasts of my life, sitting in front of her in the airy room she once shared with my late dad.

“I understand if you have not found any reason to want to start another relationship just yet, trust me, I won’t push you into it,” my mom said in decoy. I have known her well enough to know she means exactly the opposite of what she said. She always promised not to coarse me into another relationship I wasn’t mentally prepared for, yet, she would not stop reminding me how old I was and how my mates were all happily married or so it seemed. I have had enough of this, I was getting fed up, however, I’d still keep my sanity, at least, for as long as I cherish the roof under my head.

“Abisolami,” she called me by native Ekiti name, which means, ‘born into wealth’, “it is, however, important you get married. For that is one of the joys of motherhood, to see one’s daughter married. And the ultimate happiness and pride for a girl child in our society are to be married.”

No, I disagree with my mum’s assertion that presupposes that my human validation and esteem was tied to being ‘Mrs. Someone’.

I disagree blatantly, but I date not confront her with a counter opinion, not only was it considered disrespectful among the Yoruba ethnic inclination of South Western Nigeria, from where I hail from, in Africa, mothers are always believed to be always right. This much is believed because they have seen more days than you have as their children.

However, in actual sense, because, someone is older does not always mean they have superior arguments to yours.

My sentiments inconsequential, mom’s are always right. Especially moms that, are believed to wish the best for their daughters.

I was 23 years old when wedded my ex-husband who was four years older. It was the worst decision a naïve, young lady that held career promises and ambition could ever make. My ex-husband who was apparently more experienced, yet, deficient in temperance exploited and constantly subjected me to emotional abuse. He made me felt less of a human and punctured my self-esteem, while the marriage lasted.

For four years of being married, I was subjected to being under, you know how the society wired, you have to be totally submissive to your husband.

After my University education, I had to wait for another year for him to decide where I’d observe my compulsory youth corpse service, and he made sure I remained in the same state with him. In due time, I’d let you into a comprehensive dairy of my four years of agony in that shackle of a marriage.

For now, I am only baffled how my mom would not stop attaching happiness to being married, she of all people should understand that finding oneself is more paramount. For in finding oneself is finding happiness. I’d want to be married when I feel both emotionally and mentally stable and of course, when I find someone whom against all odds completes me in all sense of compatibly.

My failed marriage produced a son, a smart boy I consider succor for my mistakes. I have a job. At least I can afford my needs, pay bills, and also support my family. I am on the path of happiness. I am on my journey of self-actualization, my happiness lies within me.

Ultimately, my happiness is the strength of not being affected by other people’s opinions of me or by pressure.

While I fondle in my self thought, my mom’s voice jostled me back, “Oko mi, as much as I understand what you must have gone through in the hand of your ex-husband, I want you to think of what I’ve discussed with you,” she concluded.

“Eshey mummy”, that’s always the string I pull to make her assume she has ‘put sense in me’. I don’t argue, I just thank her. And I hope someday she finds her happiness without thinking of my marital state.