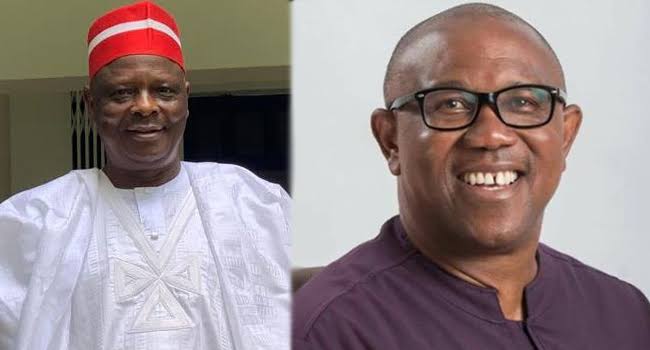 The All Progressives Congress (APC) has urged the presidential candidate of the New Nigeria Peoples Party (NNPP), Rabiu Musa Kwankwaso, to return to the party he helped build.
Speaking with reporters on Sunday in Abuja, Deputy National Publicity Secretary of the APC, Yakubu Murtala Ajaka, asked Kwankwaso to return to a party he contributed immensely to its development.

According to the APC spokesperson, the former Kano governor knows much about the ruling party’s formation.

While telling Kwankwaso not to be deceived by the presidential candidate of the Labor Party, Peter Obi, and his ‘Obedient’ movement, which he says exists only on social media, Ajaka warned the former Kano to retrace his step before it is too late.

Stressing that winning two states is not enough to make him ‘Mr. President’, the ruling party spokesperson, said a return to the APC is Kwankwaso’s best way of becoming president.

“That is why I said it’s not too late for him to return to the APC. That’s where he naturally belongs and has an assurance of becoming a president one day, and not his current sectional NNPP.

“Although some people might be deceiving him by calling him Mr. President already but just one or two states in the North-west cannot make him a president. Kwankwaso needs a national party like APC to achieve his presidential ambition. So, I plead to him to do the needful before it is too late,” he said.