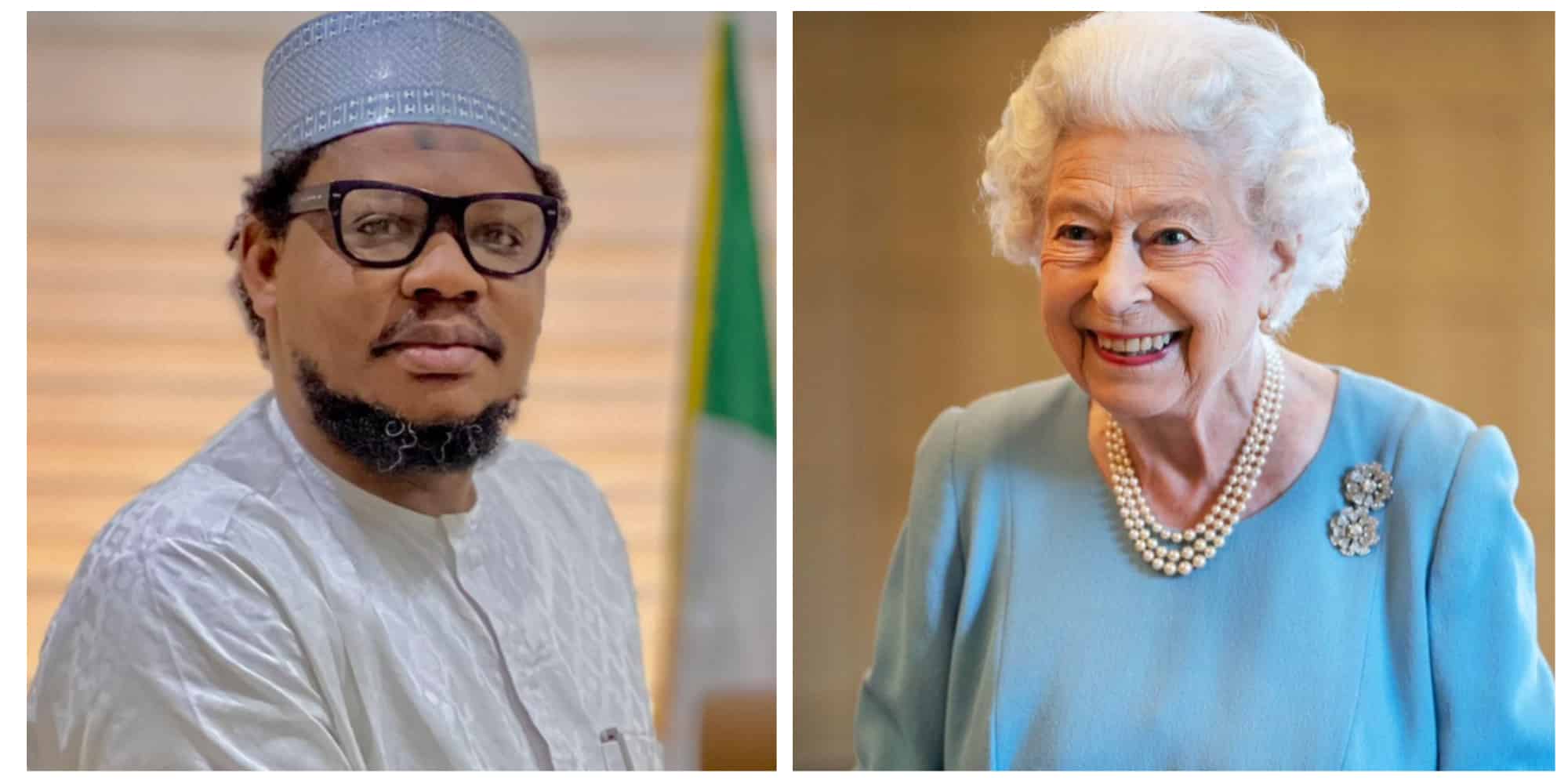 Former presidential aspirant, Adamu Garba, has received knocks online after revealing how Queen Elizabeth II should be immortalized in Nigeria.
Applesbite earlier reported that the Queen died on Thursday evening, a few hours after doctors raised concern over her health.

Since her demise, many Nigerians and the world at large have continued to pay tribute to the 96-year-old monarch.

In a post shared on the microblogging platform, Twitter, Adamu said the first Nigerian University in Nsukka should be renamed in honour of Queen Elizabeth.

Adamu said if he was opportune to be the President of Nigeria, he would declare three days of national mourning for the death of the Queen.

According to him, the ability of the Queen to stay on the throne for seven decades can only be the work of God and Grace.

He wrote: “Immortalizing Queen Elizabeth by renaming the University of Nigeria, Nsukka in her honour would’ve been an easier deal if I were communicating with our grandparents. Fortunately, they knew her worth.

“Age is a grace, & 7 decades on the Throne can only be the work of God and Grace.
If I’m the President of Nigeria today, I’ll declare 3 days of National Mourning for the death of The Queen Elizabeth II of England.

“Those of you that went to UNN, Nsukka, get ready to redo your CVs. Hopefully, your former school will be renamed to Queen Elizabeth University of Nigeria. I congratulate you on this remarkable progress.”

The statement did not sit well with many Nigerians as they questioned why a country would ever rename anything after a coloniser.

poshkids.thriftstore wrote: “Always misbehaving. You can change your own name to Queen Elizabeth to immortalize her nah…abi how”

jenny_presy wrote: “It’s the fact that he thinks he owns Nigeria for me…the nerve”

omololad____ wrote: “This one will just type nonsense every 5business days”

imightbeusman wrote: “God please now… What’s all these now???? Why would someone ever think of renaming anything after a “colonizer” What’s wrong with our people now. This is someone that doesn’t even want you to live a free life and you’re still thinking of celebrating her.”

_deagram wrote: “This man just decided not to make sense with whatever he said up there. Ex presidential aspirant indeed.”

iamshadk101 wrote: “Abeg shift, how many of our former great leaders them done immortalise for England.”

Doctors had “recommended that she be placed under medical supervision,” according to a statement from Buckingham Palace released earlier on Thursday afternoon.