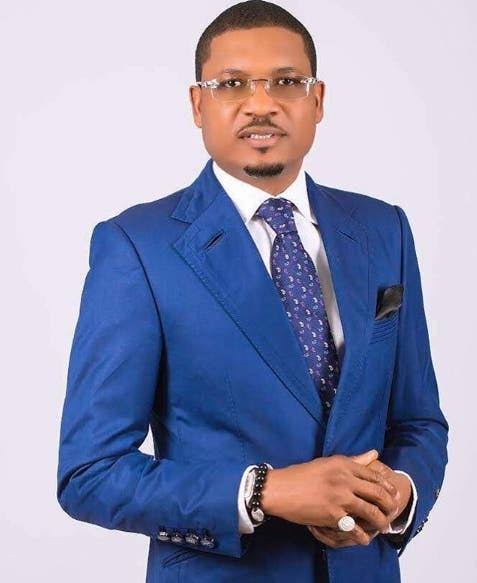 As the 2023 general election beckons, different Nigerian youth groups across the country have called on a member of the House of Representatives representing Iseyin/Itesiwaju/Kajola/Iwajowa federal constituency, Honourable Shina Peller, to join the contest for the presidential race, as they flooded major roads across the country with Shina Peller for President posters.

Some of the groups asking the lawmaker to join the 2023 presidential race are Nigerian Youth League, Nigerian Youths in Politics, Coalition of Concerned Youth Organizations in the North Central geo-political zone, Nigeria Youth Alternative Council (NYAC), Northern Youths Assembly of Nigeria and others.

The groups lamented that the decay in the country’s political and economic system has continously subjected Nigerian youths to hardship, adding that they will no longer allow those who do not have a stake in the future of Nigeria to continue to determine their future. “The era of voting for old and sick politicians is over, especially with the current economic reality,” said Moses Adeyefa, the Convener of Coalition of Concerned Youth Organizations.

Explaining the rationale behind the choice of Honourable Peller as their preferred candidate, Rt.Hon Ukkasha Hamza Rahama, the Convener of Northern Youths Assembly of Nigeria and National Chairman APC Youth Progressive Forum, noted that the lawmaker represents the change that the youth seek, arguing that he is the most vibrant young politician who is always speaking on the side of the youth.

Also, he explained that Honourable Peller is so passionate about youth development that he has, through the Lead Generation Initiative (LGI), trained thousands of young Nigerians across the country on leadership, governance, strategic communications, active citizenship and political mobilization and organizing.

Moreover, the National President of the Nigerian Youth League, Mustapha Hadi, argued that only the youth can bring the desired change that the country has been yearning for, noting that the federal lawmaker has everything it takes to lead the country.

He said, “For the first time in the history of Nigeria’s democracy, all youth stakeholders are rallying behind a single candidate who emerged through a rigorous voting process out of 20 candidates that were initially nominated to lead the movement; the candidates were scored based on some factors.”

Comrade Mustapha Hadi listed the factors to include the network of the person, his competence, track record in his area of endeavour, appeal across the country and popularity, which he said are all attributes that Shina Peller possesses.

In the same vein, the group acknowledged the vital roles of traditional institution in good governance, nation-building, and added that Honourable Peller, being the Ayedero of Yorubaland (Promoter of Peace), represents traditional institution, and that this will count effectively if elected as President, stressing that what Nigeria needs most now is Peace for the county to progress..

Furthermore, they argued that Honourable Peller, being the most influential politician in the entertainment industry, represents the interest of the industry which plays an important role in diversifying the economy, giving oppurtunity to young Nigerians to showcase their creativity. “The entertainment Industry also has the capacity to decide who emerge the country’s leaders,” said Mustapha Hadi.

In addition, they also argued that since no Muslim from the South West has been President of the country before, it is only fair that Honourable Peller, a Southern practising Muslim Youth, should be given the chance to take the lead.

Speaking further on behalf of the youth groups, Rt.Hon Ukkasha Hamza Rahama admitted that they are the brain behind the Shina Peller for President posters that are being sighted on major roads in the county, and that they will not relent until Shina Peller finally agrees to their demand of declaring to run for president.