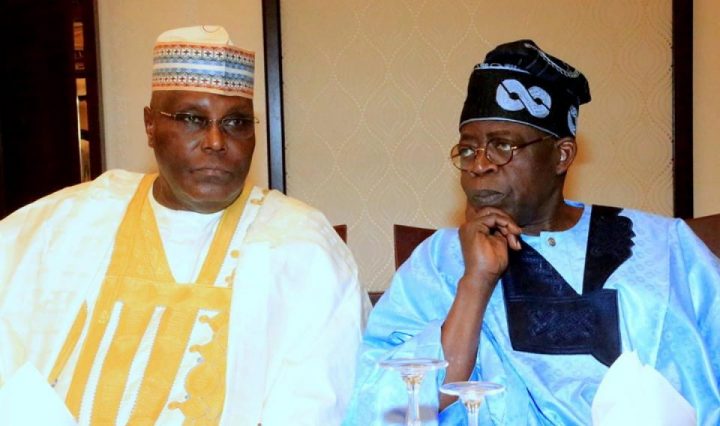 The Centre for Justice on Religious and Ethnicity in Nigeria has berated the ruling All Progressives Congress (APC) over the Muslim-Muslim presidential ticket.
The centre said the choice of former Governor of Borno State, Senator Kashim Shettima as the APC vice presidential candidate is a clear indication that Boko Haram and ISWAP would resume their activities of abducting children from schools.

According to the centre, over 200 Chibok School girls were abducted under Shettima’s watch during his tenure and they have not been found till date.

Applesbite reports that the centre made this known in a statement on Saturday by its Director-General, Rev. Kallamu Dikwa.

It added that the decision of the ruling party was spurred by its desire to propagate Islam, and the tenets of Boko Haram and ISWAP.

The centre asserted that the same faith ticket does not ensure justice, equity and fairness to all for the progress and development of the country.

It, however, advised the Southern region to come together and ensure that a President from the region emerges in 2023.

The statement partly read, “We are deeply concerned about the utterances of some Nigerians over who becomes the running mate to the presidential candidates of political parties for the 2023 general elections.

“Over 200 Chibok School girls were abducted under the watch of then Governor Kashim Shettima and they have not been found till date. The picking of former Governor of Borno State Sen. Kashim Shettima as presidential running mate of All Progressive Congress, it is a clear indication of Boko Haram and ISWAP activities of abducting our children from schools will fully be resumed. Therefore, Nigerians must be careful with Bola Ahmed Tinubu and Kashim Shettima.

“The freed Boko Haram and ISWAP terrorist members from the Kuje correctional centre, is a well planned attack by this government to manipulate the forthcoming 2023 general elections for the All Progressive Congress. Therefore, Nigerians must take serious note of this and work against it now.

“Nigerians have come to a time where they would unite themselves irrespective of religion or tribe by carrying every part of the country along towards ensuring a formidable nation.

“We said that a Christian/Christian or Muslim/Muslim ticket does not speak well on the sincerity of Nigerians in ensuring justice, equity and fairness to all for the progress and development of the country.

“It is very unfortunate that some preachers are inciting and brainwashing their followers that they have the capacity in the country to produce a President and Vice President.