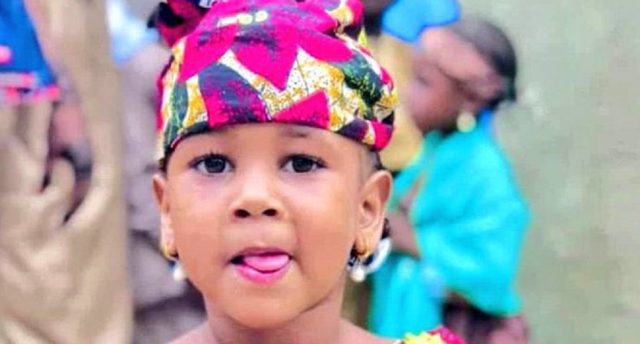 A Kano State High Court presided over by Justice Usman Naabba has sentenced the proprietor of Noble kids college, Abdulmalik Muhammmad Tanko,38 and Hashimu Isyaku, 38 to death by hanging for kidnapping, and killing Hanifa Abubakar, a five-year-old pupil.
The convicts were convicted to 5 years each for conspiracy.

Last year, they conspired and kidnapped the deceased Hanifa Abubakar from Sheik Dahiru Bauchi Islamic foundation in Kano, and killed the innocent girl.

After killing the innocent girl, they then buried her in a shallow grave in Northwest Preparatory school, located at Kwanar Yan Ghana, in Nasarawa LGA, Kano.

BBNaija: Phyna Makes History With ‘Latest Achievement’ In The House

The witnesses include: the mother of the deceased, Murja Suleiman Zubair, DSS Operatives who arrested Abdulmalik, and Police officers who investigated the case.

The exhibit tendered include: confessional statements of the convicts, photograph of the deceased, hijab, Islamic school badge among others.

The Prosecution failed to establish the charge of abetment against Fatima, but she was sentenced to one year for conspiracy and one year for an attempt to commit offence.