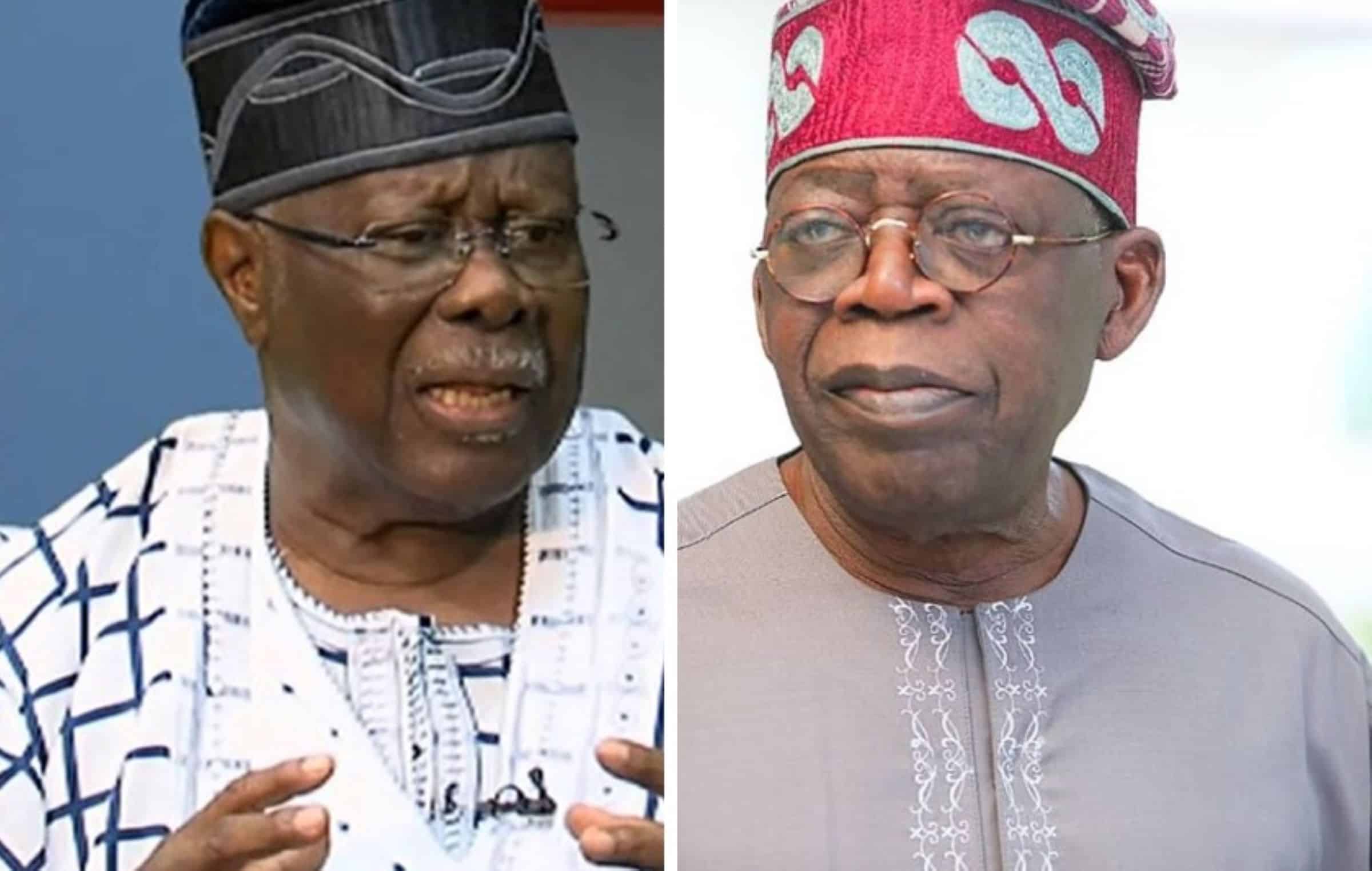 A former deputy national chairman of the Peoples Democratic Party (PDP), Olabode George, has called for the resignation of the opposition party’s National Chairman, Iyorchia Ayu, to give the PDP a chance in the South-west.
Speaking in an interview with Arise TV on Friday, the PDP chieftain said it would be difficult to campaign against the presidential candidate of the All Progressives Congress (APC), Bola Tinubu, in the region if the north holds all the top positions in the PDP.

According to the elder statesman, Ayu had promised to resign from the position of national chairman if a northerner emerge as the PDP presidential candidate.

Inside Lagos: Two Arrested For Raping 21-Yr-Old Dancer To Coma Inside Car In Alausa

“Let’s assume the south has the presidential ticket, vice presidential ticket and chairmanship position, how will our PDP brothers from the north take it? Will they be happy? All I am saying is to ensure justice and fairness and if they say they don’t want it, history will be on the side of the truth.

“And if at this age I can’t tell the truth, then what am I doing in politics? It is not a matter of forcing Ayu out. Remember, Ayu himself stated and I quote him: “If the presidential candidate emerges from the north, he will resign as the chairman of the party to allow the balancing”. We are simply just saying “let us be mindful and don’t let us overdrive this.”

Speaking further, George stated that the resignation of the national chairman of the PDP will help the party convince Nigerians it is a better alternative to the APC.

According to him, calls for Ayu’s resignation were in line with the constitution, saying the PDP chairman had promised to resign from his position.

George reiterated that zoning is more important now than it was in 1998/1999, adding that he knew what was right for the party.

He said, “In fact, the need to have zoning now is more important than in 1998/1999. Maybe some of these people don’t understand the concept that led to the thought processes of our founding fathers. Because it is an unwritten law it is up for debate and I hope we have the opportunity to put it down in writing and everybody will be able to read it.

“Those saying they don’t believe in it (zoning) and don’t want it are saying that because they don’t understand what brought about it but I am talking because I was part of the system from the very beginning and we have a saying from my part of the world that when you have old people in any association, they (old people) always make sure they correct the mistakes of the young ones and I am trying to refer us to that concept (zoning) that was established and brought about sanity to the nation.

“Now that we are trying to maneuver the concept that came from us to suit certain purposes and personal ambitions, it is going to drive us to the canvass and that is what I am saying.”