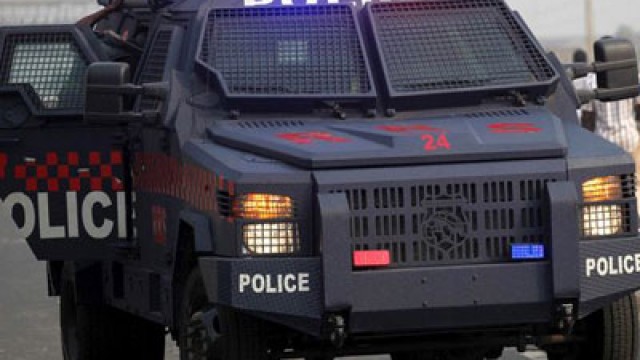 A 32 years old mother of two, identified as Blessing Felix has recounted her ordeal after she was arrested by the Zone 2 Police Command, Onikan Lagos State.
Blessing was paraded with eight other robbery suspects that specialised in selling stolen communication equipment.

The woman explained that she was arrested alongside other criminals because her husband brought to their matrimonial home rolls of armored cables worth over N80 million.

According to her, the Policemen had stormed their residence demanding to see her husband, Felix Oyema and during a search in the compound, they saw the drums of cable.

The woman added that since her detention, all efforts to get to her husband have proved abortive.

She said: “I was at home last Tuesday when some men came to our house at Shibiri, in Ojo, demanding to see my husband, Felix Onyema.

“I requested to know who they were because my husband was away. They just said they were his business partners. It was later that I got to know that they were policemen.

“During a search of the compound, they saw the drums of cable. They demanded to know the owner. I told them it belonged to my husband. When they could not get through to my husband, they said I will have to follow them to the station.

“Since then, all efforts made to get my husband to come have proved abortive. The police said they are detaining me because he kept the stolen cable in my custody.”

Speaking with newsmen on Friday on the arrest, the Assistant Inspector General of Police (AIG), in charge of Zone 2 Command, which includes Lagos and Ogun States, Bode Adeleke, said the goods stolen were worth about N80 million.

The Zonal Public Relations Officer, SP Hauwa Idris-Adamu, who represented the AIG, said that all of the suspects were traders.

According to the PPRO, the zone’s monitoring unit, under the direction of CSP Uba Adams, detained nine individuals in connection with the theft of optic fiber cables estimated to be worth N80 million on June 20.