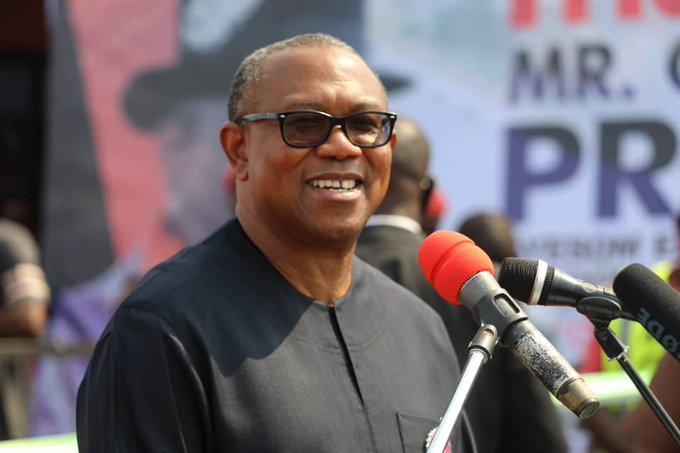 The presidential candidate of the Labour Party (LP), Peter Obi, on Friday, stated that he would not probe the previous administration if he wins the 2023 presidential election.
Obi said he would rather focus on the future of Nigeria and how to stop corruption than chasing the past.

The former Governor of Anambra State said corruption can be reduced to 70% if everyone decides to stop stealing.
Obi stated this in Abuja while answering questions after announcing Yusuf Datti Baba-Ahmed as his running mate.

He said, “As for probing the past government let me tell you, you see me argue it that you can’t close your shop and be chasing thieves. Those who only look at yesterday and today will miss tomorrow. God did not give us eyes at the back, mine is to look forward.

“If you come into government today and decide to stop the leakage first, you will get more. I am not going to be part of any form of victimization or witch-hunt, it won’t happen. Nigerians must live within law and order.”

Obi, speaking on how to deal with corruption in the country, said, “But I can tell you right away if you the principal person, local government chairman, the governor or the president, are not stealing, your family is not, those around you are not, you will reduce it by 70 per cent.

“And I challenge everybody, go and show me, anybody who was a contractor, who is a civil servant, who was a supplier, who will say in my eight years of being in government in Anambra State, I sat down with him and I said add one naira to this. I will resign I won’t continue with this (if it is true). That was why we were able to save about N70 billion naira.

“Go and read what my former Head of Service said. He wrote an article, ‘Stinginess as a development strategy because whatever money I saved when the civil servants were arguing with me when I started paying them their dues, the leave allowance they started asking me where I got the money. Public money should be used for the public good.”