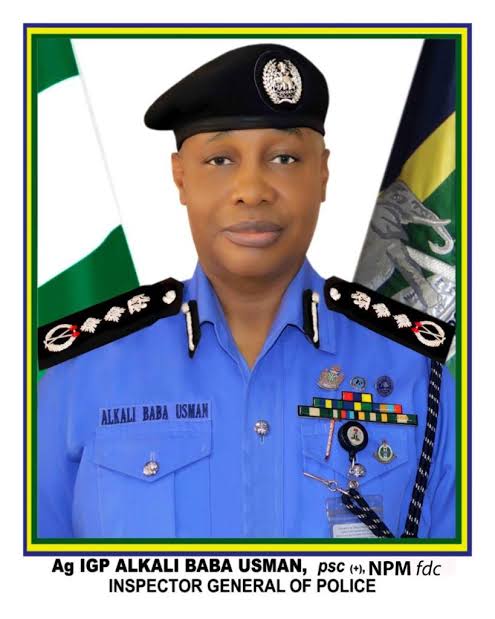 Following the suspended of Deputy Commissioner of Police, Abba Kyari, Bala Ibrahim takes a stand against IGP Akali in this feature.

Reacting to an interview granted by President Muhammadu Buhari’s spokesperson, Femi Adesina, years back, O’ Femi Kolawole, the publisher/CEO at Posterity Media said, “How do you feel when you expect to be soothed by words of comfort from those you look up to in times of trouble only to be offered no succour at all but indirectly abused and lambasted for what is really not your fault? Or how do you feel being made a scapegoat for an offence you didn’t commit? How do you feel? Shocked? Sad? Disappointed? Embarrassed? Well, for me, I felt all that and much more”.

The above reaction of O’ Femi comes handy, when juxtaposed or paraphrased in relation to the awry remarks of the former media aide to former President Goodluck Jonathan, Reno Omokri, on IGP Alkali Usman Baba, as regards the tribulation of suspended Deputy Commissioner of Police, Abba Kyari.

In his characteristic castigation of the Buhari administration and it’s officials, Omokri, a known critic of President Buhari said the President should have sacked the Inspector General of Police, Usman Alkali Baba, after the suspended cop, Abba Kyari, was sighted at his son’s wedding, two weeks ago.

“If Buhari had any shame, by now the IGP would have been out of a job for hosting a then suspended Abba Kyari at his son’s wedding 2 weeks ago” -Omokri. What a narrow minded person.

Yes, like many of his colleagues, Abba Kyari, who hailed from Borno state, attended the wedding Fatiha of Maina Alkali, the son of IGP Alkali Usman Baba few weeks back, and because that was the first time probably, that he was seen in a public function, since the hullabaloo that greeted his social media posts, at the thick of his controversial connection with the alleged internet fraudster, Hushpupi, the pictures of that appearance were hyped beyond the ordinary in the media.
Suggested Read: Osun 2022: Politicians stockpiling arms, ammunition — Olowu Kuta

So simply because a suspended officer had graced the wedding of the son of his boss, in his home state, that has constituted an offense on the side of the celebrant, who may not even be aware of the presence of the wrongdoer?

Although I am not surprised by Omokri’s outburst, because it’s consistent with his character, and a reflection of his own interpretation of sound judgement, I am only baffled by how a person of such parochial mind-set, with such a limited, or narrow outlook to the meaning of reasonableness, found himself in the office a media adviser to a President.

That is the height of mediocracy in media management. No wonder the tenure of his principal was terribly taunted for cluelessness.

In what is called Maslow’s Hammer, or the ‘law of instrument’, it is said that, If all you have is a hammer, to you, everything looks like a nail. In other words, those who are roguish or driven by a devilish mind-set, are always in a hurry to think negatively, because they tend to find the worst in everything, as their expectations are permanently reduced to considering the worst in people.

For a lawyer, that is expected to have a reasonable sense of judgement and ability for logical thinking, I think Reno Omokri has long gone off course.
Thinking like a dunce, Omokri was even likening or putting resemblance of the IGP Alkali’s situation with that of former Inspector General of Police, Tafa Balogun, who was arrested by the Economic and Financial Crimes Commission (EFCC), for corruption during the time of President Obasanjo.
Ironically, while Omokri is tweeting from London, chastising the President and castigating IGP Alkali Baba, for offenses they have not committed, the President-General of the Global Peace Movement, an internationally acclaimed Human Rights Organization, Dr. Mike Uyi, equally resident in London, wrote on his Facebook page and I quote,

“WHAT THE INSPECTOR GENERAL OF POLICE USMAN ALKALI BABA HAS DONE TODAY IS THIS. (1) THERE’S NO MUSLIM OR CHRISTIAN IN CRIME (2) THERE’S NO NORTHERN OR SOUTHERN CRIME. (3) NO MAN OR WOMAN IN NIGERIA IS ABOVE THE LAW, ITS A MATTER OF TIME (4) HE MERITED THE POST OF THE IGP HE OCCUPIES. WHEN GLOBAL PEACE MOVEMENT INTERNATIONAL UK WAS AWARDING HIM ON THE 1ST OF JULY 2021, I MADE THE REMARKS OF HIS COMPETENCE FOR THE POSITION OF IGP. ABBA KYARI IS JUST ONE GOOD EXAMPLE. BRAVO ALKALI, FISH ALL OF THEM OUT BEFORE YOU RETIRE AS ONE OF THE BEST. CONGRATULATIONS”.

Calling on the President to sack IGP Alkali Baba because of the offense of DCP Abba Kyari, whom he suspended since, and made recommendations to the Police Service Commission for additional sanctions, is nothing but scapegoatism. Coming from Omokri, it can be called nothing but a mockery of common sense.

The embarassment brought by the misdeeds of Abba Kyari is on everyone that knows him. And PMB is not known for the act of assigning someone’s blame or failure to another.