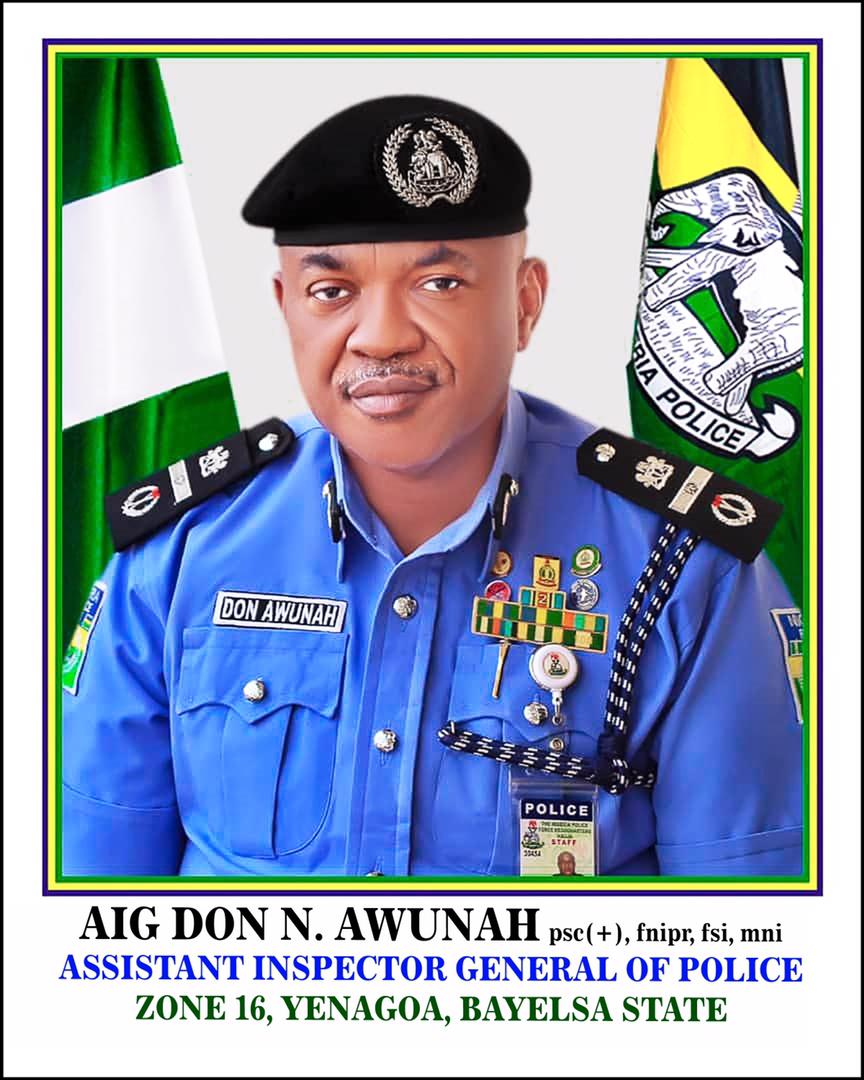 The Inspector-General of Police, IGP Usman Alkali Baba, psc(+), NPM, fdc, on behalf of the Force Management team, and Officers of the Nigeria Police Force, regrets to announce the demise of an eminent communicator, ardent officer, and Member of the National Institute, AIG Donald Ngorngor Awunah, psc(+), fnipr, fsi, mni, which occurred in the early hours of today, Monday 23rd May, 2022, at Garki Hospital Abuja, after a brief illness.

AIG Awunah, who hailed from Benue State, was a one-time Spokesperson for the Force, and was until his death the Assistant Inspector-General of Police in charge of Zone 16 Yenagoa, Bayelsa State. He enlisted into the Nigeria Police Force on 15th March, 1988, and was a dedicated officer with great passion for training and development and was at a time the Commandant, Police Staff College, Jos.

The Inspector-General of Police, acknowledges his resourcefulness and commitment to duty. He hereby condoles with the immediate family, relatives, fellow coursemates, and friends of the deceased AIG who passed away in active service of his fatherland and prays for the repose of his soul.