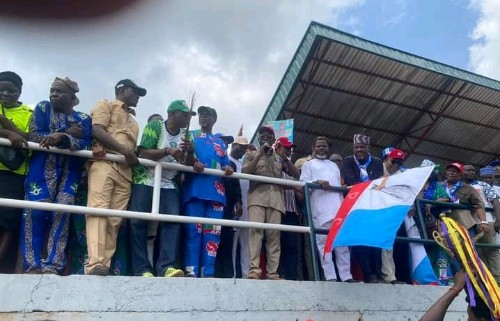 Adams Oshiomhole, a former national chairman of the All Progressives Congress (APC), says if he is elected as a senator, he will spearhead the change of the budgetary system used by the national assembly.

Many have argued that the zero-based budgeting process is better than the envelope system currently used.

The executive arm of government largely dictates the budgeting process to be used.

Oshiomhole is vying to be the senator representing Edo north.

Speaking on Friday at the inauguration of his campaign council in Auchi, the former governor of Edo said he is concerned about the way the national assembly handles budgets.

“I am troubled by the way we manage our budget at the national assembly. I want to go there and argue on the floor of the assembly that we should change our budgetary system. Our budget must work for the people,” NAN quoted him as saying.

“I want to be a senator — not a senator sharing grinding machines for widows, buying motorbikes or Keke NAPEPs for 10 out of 10,000 youths.

“I don’t need to be a senator to support widows and youths. I have done that and I am still doing that. Today, I am paying school fees for people who don’t have money to go to school.”

According to him, Bola Tinubu, presidential candidate of the APC, is the most qualified candidate for the presidency.

“They are throwing stones at him because they have seen that they can’t dispute his performance,” he said.

“You have seen how Tinubu transformed Lagos. When he sees a performing young person, he mentors and grooms him to become a leader.”