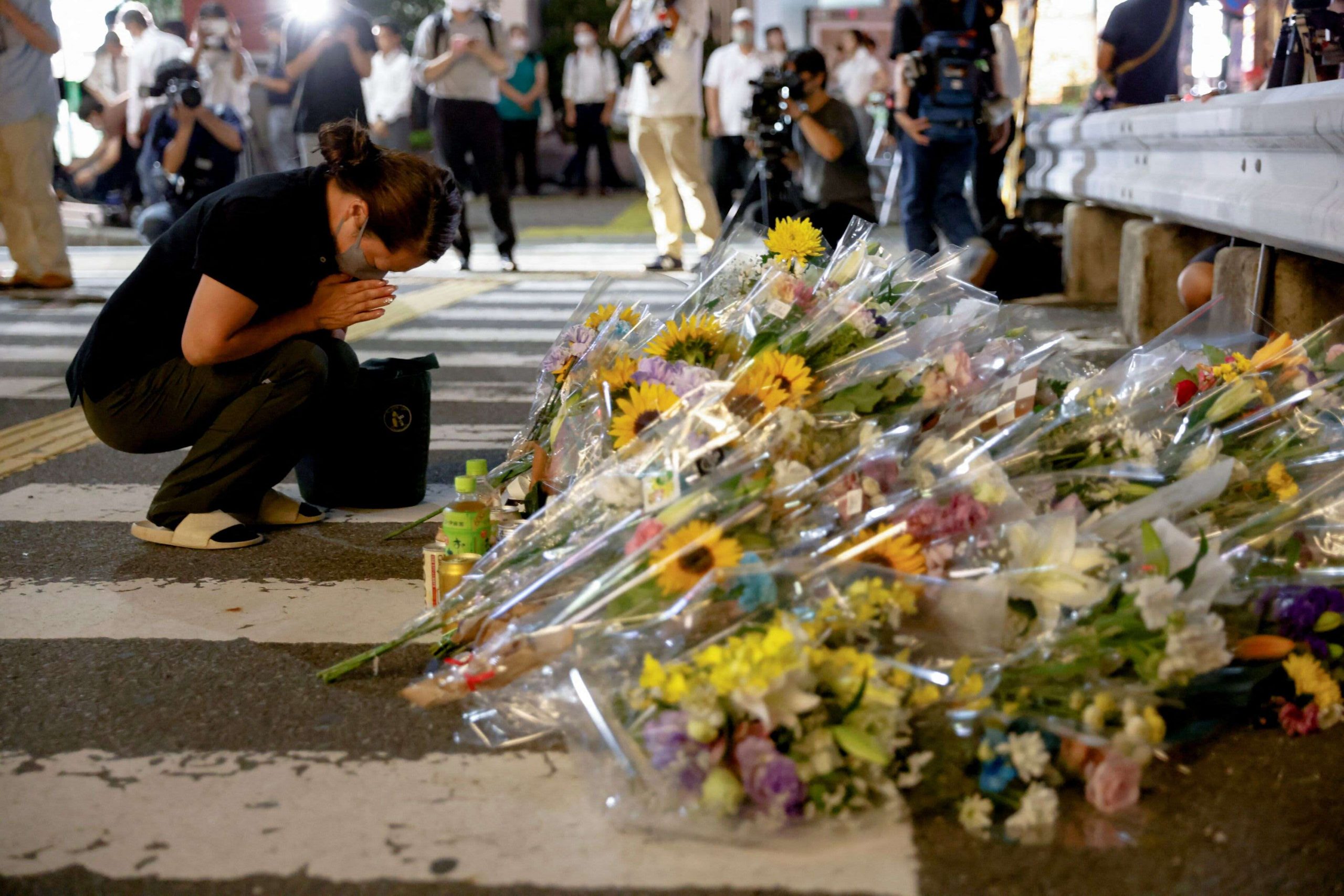 Family and friends of assassinated former prime minister Shinzo Abe gathered at a Tokyo temple Tuesday for a private funeral, as mourners outside condemned the leader’s “despicable” murder.

Abe was shot at close range on Friday while giving a campaign speech in the city of Nara, days ahead of upper house elections that saw his ruling party strengthen its hold on power.

The murder suspect, 41-year-old Tetsuya Yamagami, is in custody and has told police he targeted Abe because he believed the politician was linked to an organization he resented.

Although the funeral rites were for family members and close associates only, long lines of people, some dressed in black, came to the Zojoji temple to pay respects to Japan’s longest-serving prime minister.

“I can’t get over my sadness, so I came here to lay flowers and say a prayer,” consultant Tsukasa Yokawa, 41, told AFP, describing Abe as “a great prime minister who did a lot to elevate Japan’s presence” on the global stage.

“More could have been done to prevent it,” she said, complaining that “no one reported” Yamagami to police despite reports he had test-fired a handmade gun before the attack.

Local police have already admitted flaws in their guarding programme for the high-profile politician, who was approached from behind and shot in broad daylight.

Police searches of the suspect’s home have found pellets and other possible components for building a gun like the crude weapon used in the attack, Japanese media reported Tuesday, citing unnamed investigative sources.

Yamagami spent three years in Japan’s navy and reportedly told investigators that his mother’s large donations to a religious organization had caused the family financial troubles.

The Unification Church, a global religious movement founded in Korea in the 1950s, said on Monday that Yamagami’s mother was a member, but did not comment on any donations she may have made.

Foreign Minister Yoshimasa Hayashi said Tuesday that over 1,700 condolence messages had been received from 259 countries, territories and international bodies.

On Monday, US Secretary of State Antony Blinken made a previously unscheduled stop in Tokyo to pay tribute to Abe, describing him as a “man of vision.”

The visit has the potential to anger Beijing, though Hayashi said Lai was travelling in a private capacity and there was no change to Japan’s policy on working non-governmental relations with Taiwan.

After Tuesday’s funeral, Abe’s body will be driven past some of Tokyo’s political landmarks, including the prime minister’s residence — known as the Kantei — and the country’s parliament, the Diet.

Public memorials are expected to be held at a later date, with suggestions that top foreign political leaders could attend, but no details have yet been announced.

Abe was the scion of a political family and became the country’s youngest post-war prime minister when he took power for the first time in 2006, aged 52.

He resigned in 2020 at the end of his second stint after suffering health problems.

His hawkish, nationalist views were divisive, particularly his desire to reform the pacifist constitution, and he weathered a series of scandals, including allegations of cronyism.

But he was lauded by others for his economic strategy, dubbed “Abenomics”, and his efforts to put Japan firmly on the world stage, including by cultivating close ties with former US president Donald Trump.