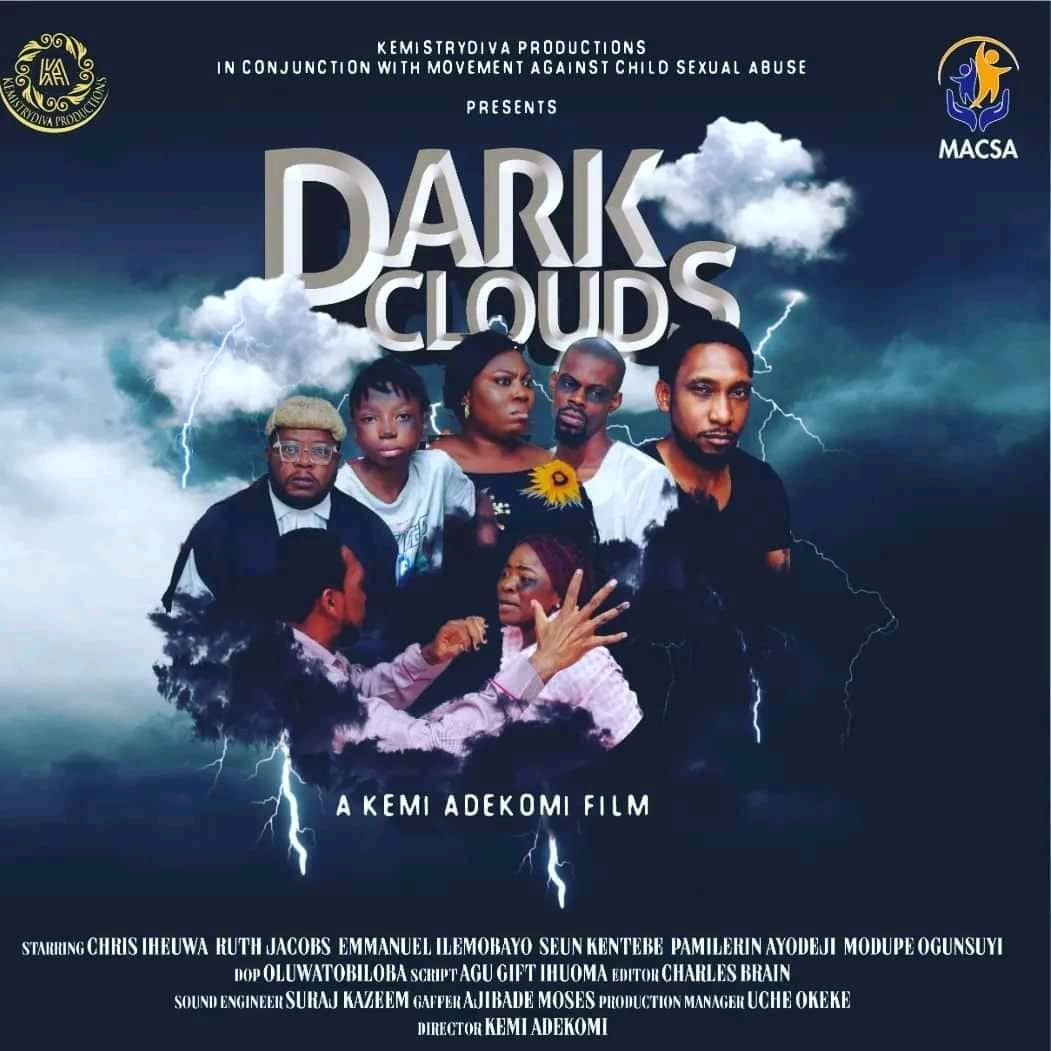 Adekomi explained in a statement made available to Apples Bite Magazine, that the project currently in the works would help raise awareness, and more importantly to educate parents, guardians mad wards alike about the cancer eaten into the fabrics of society.

“From our aggressive social media campaign, we are set to raise our voices through our film, ‘Dark Clouds’.

“This is not just a regular entertainment film, it is an advocacy film on Child Sexual Abuse,” she remarked.

After a while of suppressed pain and hurt, Hannah, a 12 year old girl decides to speak up against her demon. But then, they were series of failed attempts.

Then, luck shines on the girl when Tracy, a friend of Mabel (Hannah’s Aunty) who also has her issues unknown to Mabel, finds Hannah one day locked away, and what she found her doing.

This act leads Tracy to sniff and find evidences that something is indeed wrong in Mabel’s household that seemed to all like a perfect home.

This discovery fuels her own anger, and she finally decides to be her own advocate and that of the child, as she makes a bold move.

But then, are the clouds about to get even darker?’

Others are Pamilerin Ayodeji and Modupe Ogunsuyi.

Produced under the auspices of Kemistry Diva Productions in conjunction with Movement Against Child Sexual Abuse, Kemi Adekomi explained that the movie will not be available for commerical purpose upon completion, rather, it would be shown round secondary schools and tertiary institutions, as a means to lend her voice to the social vice.

Enquiries about the new project should be directed to Kemi Adekomi, Founder, MACSA, Movement Against Child Sexual Abuse, +234 8061676349 and againstchildsexualabuse21@gmail.com