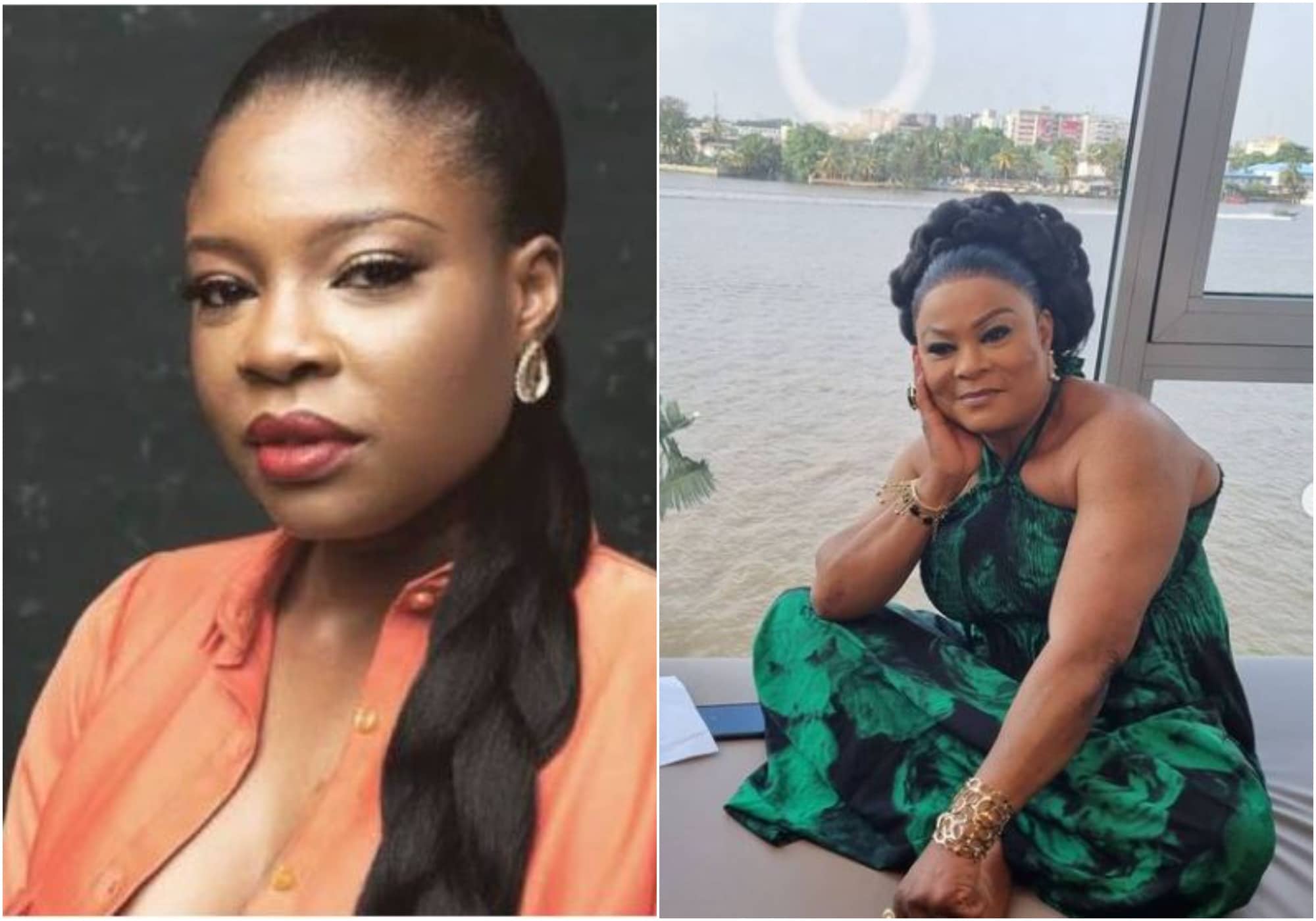 Veteran actress, Sola Sobowale, has noted that filmmaker, Kemi Adetiba, ‘brought her out’ in the movie industry.

In an interview with media personality, Chude Jideonwo, published on Saturday, Sobowale spoke about her lead role as Eniola Salami in Adetiba’s King of Boys.

While speaking on her relationship with the filmmaker, Sobowale noted that Adetiba knows her more than she knows herself.

Sobowale also noted that she never watched herself in movies but she had to watch King of Boys.

Despite joining Nollywood in 1992, Sobowale became popular in 2001 when she played the role of “Toyin Tomato” in Wale Adenuga’s Super Story.

However, the actress experienced renewed fame in Kemi Adetiba’s Wedding Party, released in 2016.

But in 2018, Adetiba’s King of Boys shot the actress to stardom due to her alpha female role and the strong personality she exuded in the movie.

Speaking of her role in the movie, the actress added, “You know you can do something but that opportunity never came.”