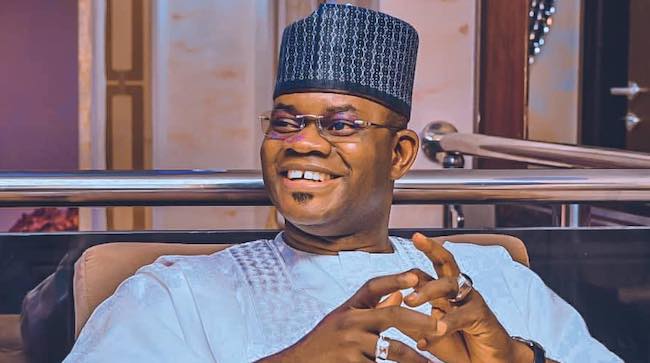 The Kogi State chapter of All Progressive Congress has appointed Governor Yahaya Bello as the coordinator of the 2023 general elections campaign council.

He is to be deputized by the Deputy Governor, Chief Edward Onoja and assisted by the state APC Chairman, Abdullahi Bello.

The appointments were made at a meeting of the 21 Executive Council and Party Chairmen held at the instance of the state Chairman of the party, Abdullahi Bello, alongside the state Commissioner for Local Government and Chieftaincy Affairs, Salami Ozigi Deedat.

The meeting which spelt out the modalities and operational spheres of a more unified APC for all as party and candidate’s support Groups are mandated to register with the local government Party Office after due clearance by the Executive Council Chairmen of the 21 local government.

A statement issued at the end of the meeting by the Chief Press Secretary to the Lokoja Local Government Executive Chairman,Abubakar Muhammed listed other campaign council as

The list also include all Executive Council Chairmen as Automatic Coordinators of Tinubu/Shattima Campaign Council and Deputized by the local government APC Party Chairmen across board.

Accordind to him, “APC is one big united Family and we must strive harder towards sustaining the tempo as the New Executive Chairman of Kogi local government, Hon. Aliyu Dauda was introduced officially by the Hon. Commissioner for local government and Chieftaincy Affairs.

At the senatorial level, the council also announced Alhaji Hadi Ametuo as Chairman of the Council while Abubakar Odangurma will serve as the Director General.