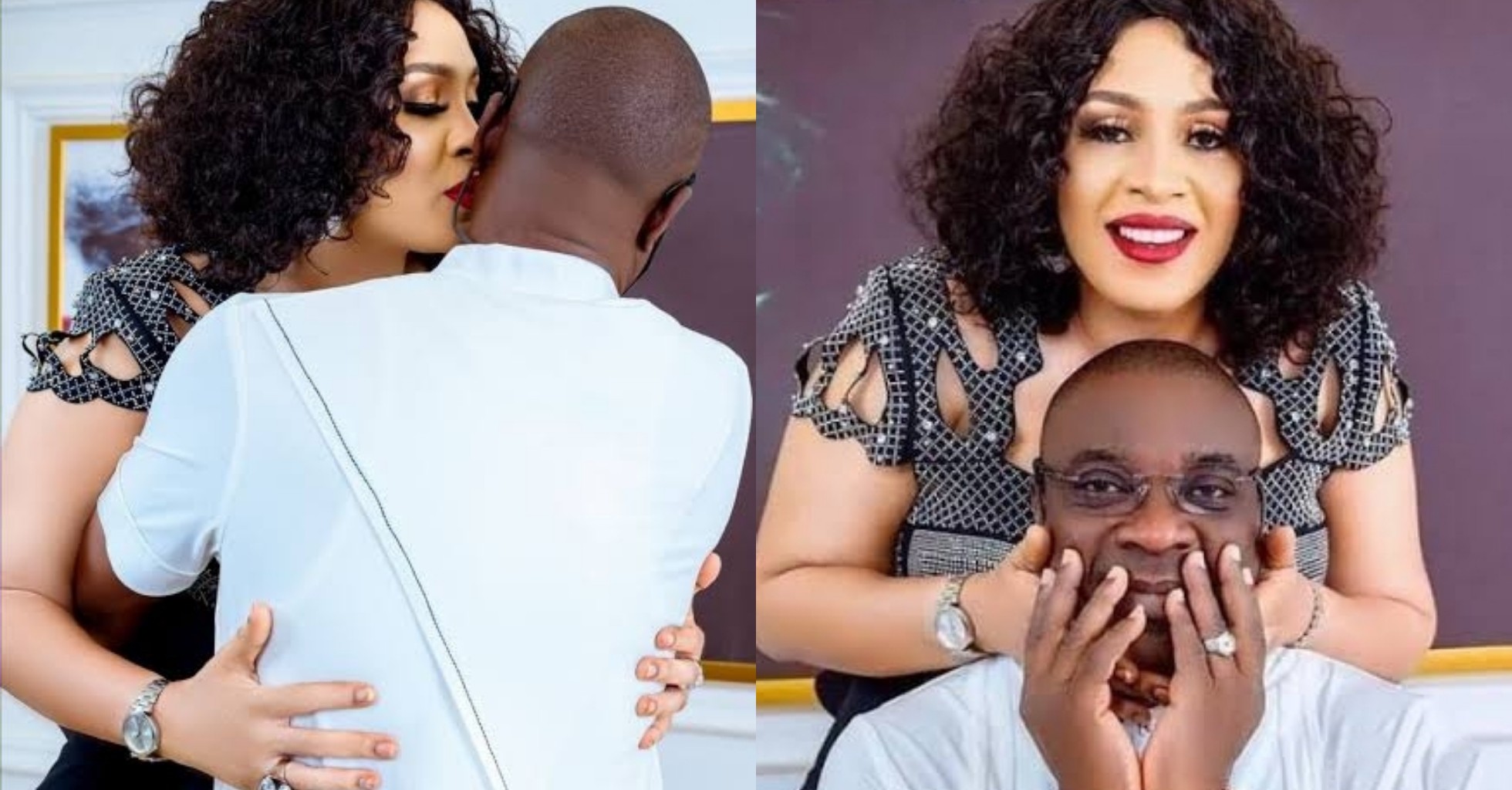 Wasiu Ayinde, the Nigerian Fuji singer better known as Kwam 1, has reacted to the viral reports of presently being at loggerheads with his new wife, Emmanuella Ropo Marshal after she allegedly slapped him for cheating on her.

Addressing the rumors, the singer in a press statement released by his publicist, Kunle Rasheed.

“The attention of the K1 Organisation, has been drawn to a wild allegation making the rounds by a faceless blogger.

The said blogger had gone on the social media, to allege that Fuji king and Mayegun of Yorubaland, K1 de Ultimate had quarreled with his new wife Emmanuella Ropo Marshal and that the lady had even slapped the fuji king during the said altercation.

The faceless blogger had also alleged that Ropo Marshal follows the fuji maestro to his official engagements and distracts the fuji lord on such occasions.

Ordinarily, we would not have bothered to exchange words with this barefaced liar who chooses the holy month of Ramadan to tell hideous lies.

We merely want to state that at no time did the Mayegun quarrel with his wife Ropo to the extent of her raising her hands on him. We are shocked that such allegation can be thrown so casually.

We also state that Mrs. Emmanuella Ropo Marshal is very busy with her wifely duties than to follow the fuji lord to his official engagements.

In the recent time, the only party she has attended with her husband was the one held in GRA Ikeja lagos when a top society buff who is a common friend of the couple celebrated his 60th birthday.

We make bold to say that this allegation is malicious and shudder even more that it could be peddled during Ramadan. Let the evil peddlers repent and seek the face of Allah for forgiveness.”