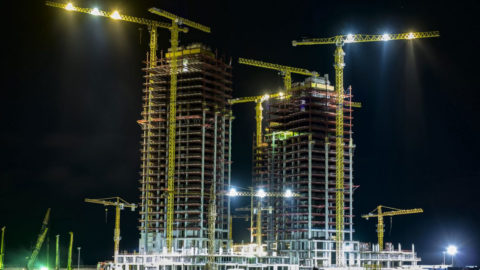 “The Audacity Skyline” is a 100-floor proposed construction, that will be a mixed-use high-rise in Eko Atlantic City, Lagos State, to address housing deficit in the country. The project will be handled by real estate firm, Landwey Investment Limited.

The proposed tower will be seated on 3,500 square metres of land space the firm operates within the commercials retail residential property segment.
Speaking on the proposed project, the Chief Executive Officer, Landwey, Olawale Ayelara, said the project is an architectural masterpiece that would feature tastefully finished residential with pent-houses, commercial spaces and multi-level parking designated area.

According to him, the project will start in August 2022 and will be finished in a two-year period.

He stated that the project would be one of Landwey’s greatest feats yet, adding: “We are glad to take this step along with Eko Atlantic City towards the infrastructural development of Lagos, and now I am confident that this will be one step out of many to come. We love what the Eko Atlantic City represents and that is why there is no better place to put the mega-project than here,” Ayilara said.

He stated that the real estate sector in Lagos had experienced an unprecedented shift over the last couple of years, noting that with projects like The Audacity Skyline in the nearest future, the transformation had only just begun.
According to him, in most developed economies, the housing sector is seen as an important sector for stimulating economic growth.

“In Nigeria, however, access to affordable housing has largely remained an unfulfilled dream to the vast majority, most especially the middle and lower classes of the society.

“The issue of housing deficit has been growing from bad to worse and successive governments from the time of Nigeria’s independence 61 years ago have been grappling with this problem. But it seems that they have just been scratching it at the surface, especially as the country’s population has been growing exponentially, making the government’s efforts in this regard seem ineffectual.

“With the policies, organisations and regulations which the Nigerian government has put in place since independence in1960, there is still a shortage of housing, especially for the low-income segment of the society,” he said.