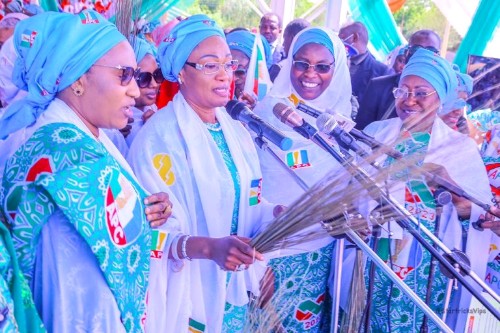 The Lagos State Government has issued a traffic advisory to motorists ahead of the All Progressives Congress women’s presidential campaign rally to be held in Onikan on Wednesday.

The state Commissioner for Transportation, Dr Frederick Oladeinde, made this known in a statement on Monday, adding that traffic would be restricted between the Police Zonal Headquarters, Zone 2 and Onikan Roundabout from 10am.

Oladeinde said, “Ahead of the APC Women Rally for the presidential campaign slated for Wednesday, December 7, 2022, at Mobolaji Johnson Arena (Old Onikan Stadium), Onikan, Lagos Island, the Lagos State Government has rolled out a traffic advisory to aid the motoring public in navigating their journeys around the axis during the event.

“Motorists making use of Island Club road by police headquarters Zone 2, Onikan to connect their desired destinations through alternative routes while those from Victoria Island can make use of Ozumba Mbadiwe Road through Five Cowrie Bridge (Falomo Bridge) to access Alfred Rewane Road to Osborne Road and connect their destinations or go through Bonny Camp to access CMS/ Marina Bridge.

“I enjoin party members and other motorists attending the rally to access the venue using the Third Mainland Bridge to descend at the Onikan exit to link the designated car parks since Alfred Rewane Road through Falomo into Awolowo Road and Outer Marina through Force Road will also be opened for attendees to access designated car parks.”