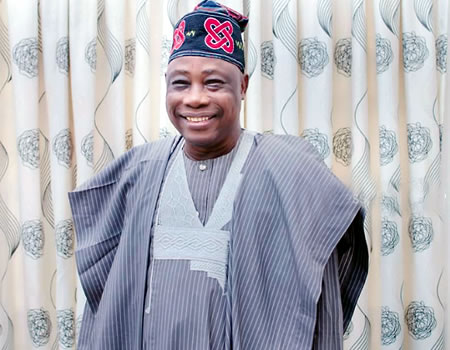 Governor Seyi Makinde of Oyo State has sworn in the former Attorney General of the state, Chief Bayo Lawal as the new Deputy Governor.

Lawal was sworn in by the State Chief Judge, Justice Muktair Abimbola after taking the oath of allegiance and oath of office.

This followed the impeachment of the immediate past Deputy Governor, Rauf Olaniyan, by members of the State House of Assembly.

Olaniyan was impeached on Monday morning for alleged misconduct and misappropriation of funds, among other allegations levelled against him.

Following the impeachment, Governor Makinde forwarded Lawal’s name for consideration and approval by the lawmakers.

Reading the Governor’s letter of request, Speaker Adebo Ogundoyin, stated that Makinde’s request is a response to an earlier letter sent by lawmakers to him dated July 18 informing him of the removal of Olaniyan from office.

Speaking at the swearing-in ceremony, Governor Makinde urged the new deputy governor to take the welfare of the people of Oyo State as his priority.