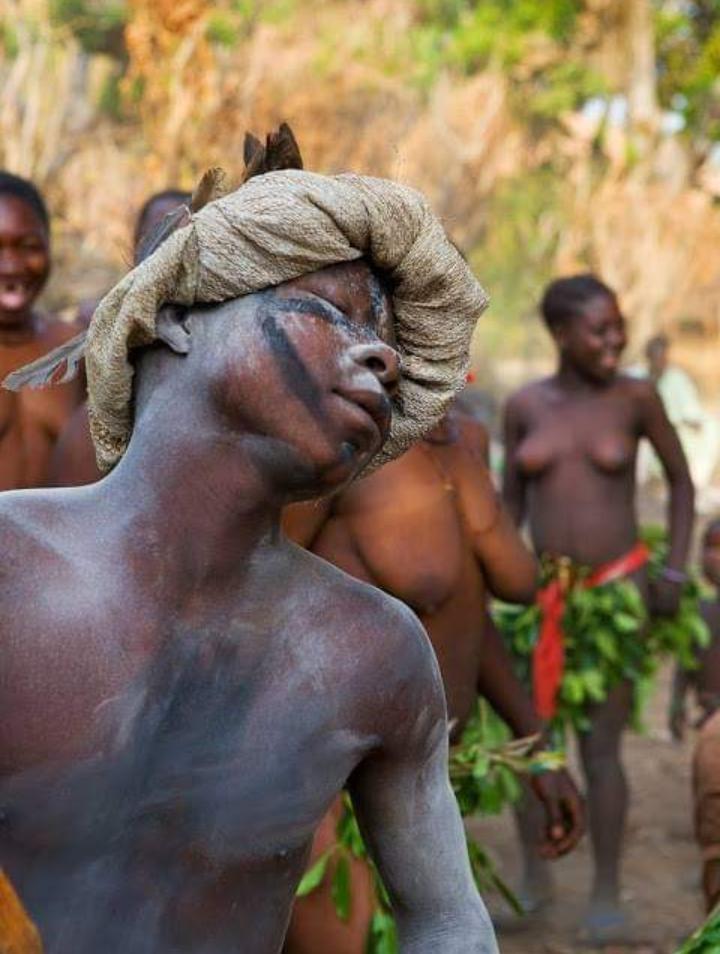 Although, in the earliest stages of human evolution, it was common to walk around naked. That much was agreed upon, by both the biblical garden of Eden and human evolution accounts.

However, humanity has passed different stages of civilization, up until this 21st century, it therefore becomes surprising, that at this internet and jet age, where everything is fast paced, there are people who still dress scantily or go about their daily activities covered with leaves.

It appears these rural communities have managed to stay in the clay age, by preserving their culture and continue to practice nudity. Meet the naked tribes of Nigeria: 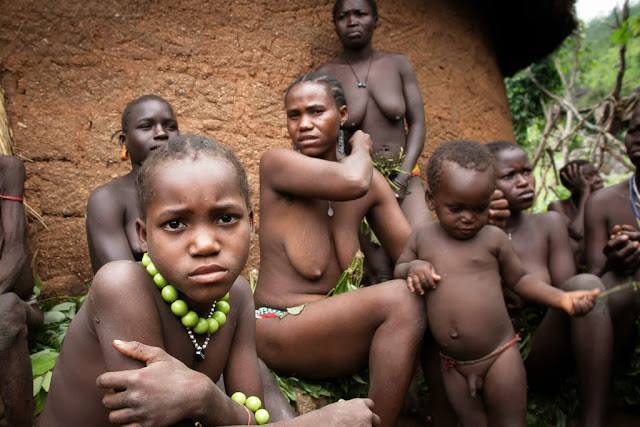 These hill-dwelling people live in the Alantika Mountains, spanning the border between the southeast of Yola, the capital of Adamawa State in Nigeria, and Northern Cameroon.

They were discovered in 1986 by a corps member in the then Gongola State of Northern Nigeria, Nigerian newspaper The Spectator reported in July 2010. They were officially recognized as Nigerians in 1961 and now have 17 villages on the Nigerian side.

Years later, the people of Koma have managed to live outside modern civilization. Hidden away in these hills, they move around freely naked or near-naked in leaves and loincloths. They cook with fire made with flint.

Majority of the Koma hill-dwellers depend on farming, hunting and gathering forest products like bananas, locust beans and canarium used for body lubrication. They buy farming implements and scarce items of clothing used by men on ceremonial occasions from the Fulani, Bata, Chamba and other tribes in the lowlands.

Once boys and girls turn about 14 and 17, both sexes undergo puberty rituals ( circumcision for boys and extraction of two of the incisors for girls). They are then free to interact before making their conjugal intentions known to their parents with reciprocal token gifts, a farm or garden plot works. If permitted, the man pays bride price with goats, chickens and some token cash of about two Naira.

The Koma people believe in a supreme being called Zum or Nu. Reportedly, some International NGOs are working with the communities to help preserve the Koma culture and promote tourism. 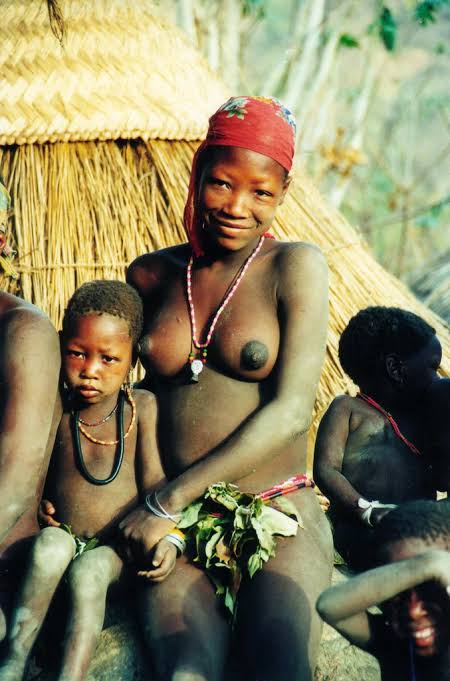 Located in Birnin Amina in Rijau Local Government Area in Niger state is an ancient rural community who pride themselves of being free of civilization and independent of support from the government.

According to the Maiunguwa (chief), “We don’t need the government to live a wonderful life here. After all, we have been managing ourselves well for over 60 years. Currently, we are about 500 men and women along with about 150 children. We are on our own. We believe strongly in our customs and traditions and we don’t need any religion or government to come here and change us.”

“Since the god of our land, Migaro, is protecting us and taking care of all of us, we lack nothing. The borehole water we drink today is our personal effort. We even have a generator to charge our mobile phones. We have a rice mill and one of our people even has about 300 cows. So, you see, we lack nothing.”

They practice nudity as a major part of their culture. They only cover the bottom half of their bodies with wrappers when they have to go sell their farm produce (corn, millet, peanuts, beans, and rice) at the market.

“Moving around naked or half-naked is our culture and we don’t care what people say about us,” the Maiunguwa said. “We are comfortable that way because we find it normal. What attracts men is not nudity. Our men are attracted by how women plait their hair, good manners and the tattoos the young ladies have. Western civilization is another man’s culture. Why must we embrace it, leaving our own that was handed over to us by our forefathers?”

They use donkeys as their only means of transport. This remote community do not speak English or Hausa, they speak their native language — Kambari instead.

Kambari men traditionally marry up to four wives and they have to ensure that their wives are well taken care of equally. Once a spouse is chosen, the parents of the bride slaughter goats and cows and cook for the groom. Most people keep chickens and goats while the richer ones have cattle. The marriage becomes official as soon as the food is eaten. Apart from worshipping their god, the Kambari people also believe in witchcraft and magic. 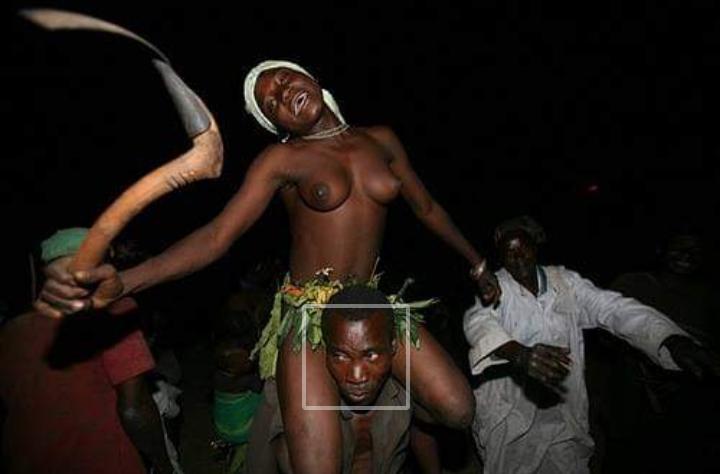 They were discovered by a Nigerian journalist named Stephen Osu. After a nine-hour mountain climb, he found these descendants of the Kwararafa Kingdom scattered around on the mountains in Gashaka Local Government Area of Taraba State.

They live naked, choosing to cover certain parts of their bodies with leaves. These leaves and grass are used to cover their bed — a bamboo mat. They drink water from the same streams also used by animals.

They practice the collective circumcision of boys born within the same age group, this ceremony is performed with the use of sharp objects.

To get a wife, a young Jibu man must serve the family of his bride for five years. The wife to be must also conceive within this period. If the woman does not get pregnant, then it is believed that the gods are against the union. 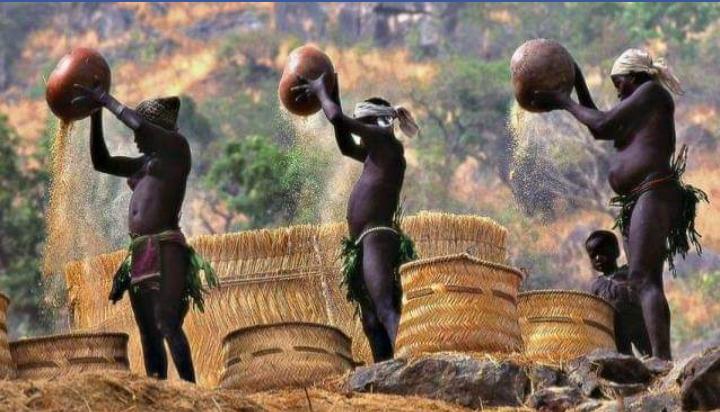 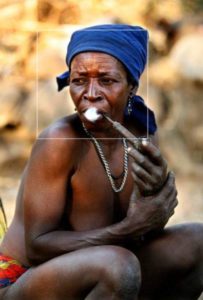