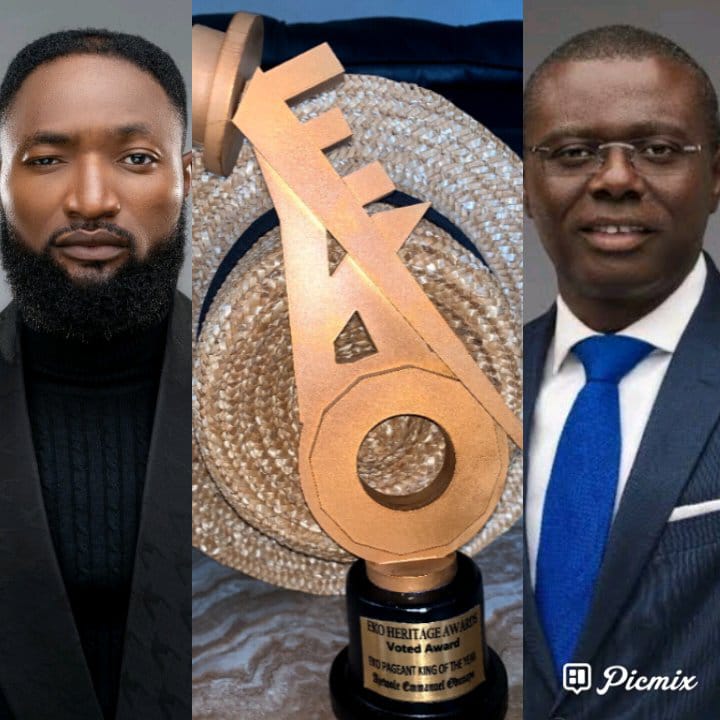 It was an evening of Glitz and Glamour in the heart of Lagos, where pageant Kings and Queens, Business moguls, Entrepreneurs, and notable persons from all walks of life gathered for the 2022 Eko Heritage Awards.

The event that was endorsed by the Lagos State Government was held at Oriental Hotel, Victoria Island, the award was organized to recognize and honor the achievements of the people of Eko (Lagos state) in their various fields, such as Music, dance, fashion and many more.

Dignitaries from all walks of life fashionably dressed in their best attire graced this occasion, networking and socializing with one another. Awards were given to the winners in their nominated category as voted for by the general public.

Muslim-Muslim Ticket: CAN Tells Christians Candidate To Vote In 2023

The highlight of the night was when Mr. Nigeria International, Ajewole Emmanuel Odunayo, dedicated his award to Lagos State Governor, Babajide Sanwo-Olu. Ajewole who was accompanied to the stage by Adewale Adetutu Rachael and Ajewole Emmanuel Ayobami to receive his plaque won the hearts of many when he made the announcement.

Having won the category for “Pageant King of the Year”, Mr. Nigeria International said he decided to dedicate his award to Sanwo-Olu following his remarkable achievements in Lagos, Ajewole also encourage the youths, particularly those living in the slumps to go for their dreams, irrespective of the obstacles and challenges. 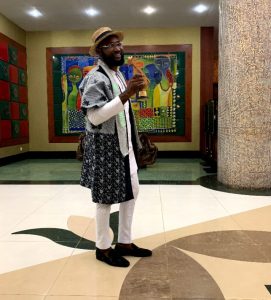 “I appreciate the organizers of this event for this award, a big thank you to my brand for giving me a platform to thrive, and be able to compete locally and internationally. My deep appreciation goes to the youths who are true to their craft and staying focused, standing strong despite the challenges, I want to also let my people from Mushin know that the sky is a starting point and we are beginning to change the negative narratives about trenches and Mushin especially, and I want to use this medium to seek for your support towards my Making a different Initiative project #M.A.D Initiative.

Finally I want to dedicate this Award to His Excellency, Babajide Sanwo-Olu for his immense support towards culture and social development in the state”.