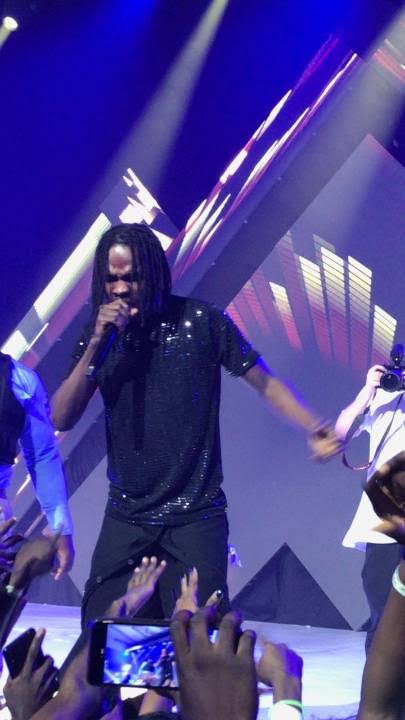 If you still had any doubts, the event at the Jabi Lake Mall, Abuja on Saturday and the drama that has followed it, tell copiously of Nigeria’s descent into near anarchy.

The country, like virtually every other, is in the middle of a pandemic with unprecedented virulence. The Presidential Task Force on COVID-19 in executing the mandate of the President, Major General Muhammadu Buhari (retd), imposed a phased lockdown, which includes a firm restriction on interstate travels except for essential reasons. But a young Nigerian artiste, Azeez Fashola, with the stage name Naira Marley, boarded a flight from Lagos to Abuja for what is everything but essential services. With that, Naira Marley, having attained notoriety as a prophet of anti-social behaviours, once again showed disrespect for national order and disdain for institutions, first by leaving Lagos and then performing at a concert in Abuja.

There are arguments as to the fact that this was meant to be a drive-in concert where patrons were meant to sit in their cars and savour the young man’s music, but the question is, have the managers of this pandemic indicated that such concerts can hold at this time? The answer is no.

Clearly however, Naira Marley and his friends felt no obligations to the rules. Like the average Nigerian, their visions were already probably blurred by the revenue that would accrue and the opportunity to boost their brand equity. Usually at that stage, very few think about the welfare of others. This society is ruled by a “Me, myself and I” mentality!

Then, this juncture is the point to call out the management of the Jabi Lake Mall, where the event held. Did the facility obtain any special permit that allowing a concert in spite of the guidelines of the PTF and the Federal Capital Territory Administration to the contrary?

For the avoidance of doubt, extant guidelines by the PTF ban concerts as other congregational gatherings like parties and weddings. They stipulate that there should be no gathering of more than 20 people outside of a workplace or worship place. There should be mandatory use of face masks when in public and social distancing of at least two metres between people. Clubs, bars, gardens, beer parlors, recreational parks, communal sports facilitiesand movie theatres were supposed to be closed while markets and business premises should open between 8 am and 4 pm.

Did the management of the mall seek a waiver of all these guidelines? Because as it turned out, not one of them was obeyed! But again, that is the mindset of the average Nigerian business owner- circumvent the rules for personal advantage, maximise your gains without giving a care about your patrons fare. Or how does one explain the fact that this concert held without enough security personnel on the ground to take care of exigencies, in spite of the full knowledge of the fanatical following of the artiste on the bill! Reports indicate that the show was put together by Play Network Africa, Traffic Bar, El’Carnival, and was sponsored by Glenfiddich. Did these ones consider the collateral implications of their adventure?

Then, ask the FCTA headed by the Minister for the Federal Capital Territory, Mohammed Bello, how it had no idea that this show was going to take place. A concert is not a parlour party. It requires considerable planning and logistics. It involves the movement of equipment and the construction of sets and all. How is it that the intelligence of this administrative unit failed to pick up the vibes for this show? This is in spite of the fact that fliers were printed and distributed. Tickets were sold for this event! How did people at the FCTA sleep so deeply on their jobs? Or, is it that the FCTA indeed granted the permit and is now just throwing the facility under the bus to avoid the backlash?

Alternatively, was the decision to look the other way a result of some compromise? Perhaps, some money exchanged hands and officials of the FCTA chose to pretend not to know that anything was happening without envisaging the over-indulgence and exuberance that finally burst the bubble?

And then what happened to the police? That drag of an organisation which has its Inspector General, many Deputy Inspectors-General, Assistant Inspectors-General and countless Commissioners in a city where an illegal concert was going on under their noses!

What happened to police intelligence during the planning of this concert, how come not one of these God knows how many top-level officers or their subordinates realised that the nation was about to fiddle with danger that Saturday night? Was the police hierarchy too consumed with dousing the fire of gun shots at the Presidential Villa to notice any other thing or someone had rubbed the back of another person to conveniently overlook the event of that night?

And why would any of that surprise anyone? Is that not what the country’s primary law enforcement institution is well known for? Condoning compromises for personal gains? Or how is it that policemen shoot and kill poor people for not parting with their own money? How is it that people travel from Lagos to Abuja, from Port Harcourt to Maiduguri and every other part of the country in spite of the total lockdown imposed by the President s couple of weeks back? Have Nigerians indeed not given up on this institution, which has continuously failed or refused to deliver at the most appropriate moments? You will have a good picture of the hopelessness of this police force when you ponder over the audacity of the First Lady, Mrs Aisha Buhari, going on social media to call on the IGP to release officers of the force that were taken into custody for questioning. Then, you realise that the powers-that-be see the police as nothing but a joke.

Then, there is Sam Iwuajoku, the wealthy man whose aircraft flew Naira Marley and his cohorts to Abuja! See the letter he wrote to the aviation minister, Hadi Sirika! Read that letter and see the disdain in which many of these people hold Nigeria.

If you choose to ignore the casual, almost dismissive form and tone of that letter, which is supposed to be an apology to 200 million Nigerians whose sanity this man and his airline trampled on, you must notice the condescending disposition of its writer. He actually called people who presumably paid (or on whose behalf) $20,000 into the coffers of Executive Jet Services Limited “a bunch of useless people.” If they were so useless, why did the company take their money?

Then, assuming that the passenger was the Minister of Works and Housing, Babatunde Fashola, is totally ridiculous. If Iwuajoku would behave as a conscientious business man that he wants Nigerians to see him for, the right thing to do would have been to notify the Ministry of Aviation that Justice Adefowope Okogie at whose instance the permit was issued had found his way to Abuja and then applied for another permit for any other business he might have. What the airline did, even though it had a 24-hour allowance to use the permit, was to cut corners in the essential Nigerian way that has turned virtually all national institutions into mere rubber stamps.

More importantly however, why did he describe Naira Marley and his associates as “a bunch useless people”? Is it because they are young people, making their own in spite of the roadblocks that people like Iwuajoku and their friends in government have mounted on the path of the common Nigerian?

So, Saturday’s event is just a reflection of what this country has become. Rather than join government in propagating safe practices that would keep Nigerians safe, the artiste is carried away by his own personal gains. Just as the public servant sleeps on his duty, thereby putting the people under his care at risk, most of the time in exchange for a mess of pottage, while the privileged literality think they own all of us.

Saturday night is about everything that is wrong with Nigeria, the impotence of the law, the rank impunity and selfishness of hearts. It is about the collapse of law and order, the lack of consequences and the damage that all of this is doing to our social health. This permissive spirit is why Nigeria has lost control of this pandemic and why everyone needs to do something within their reach to make this country survive.