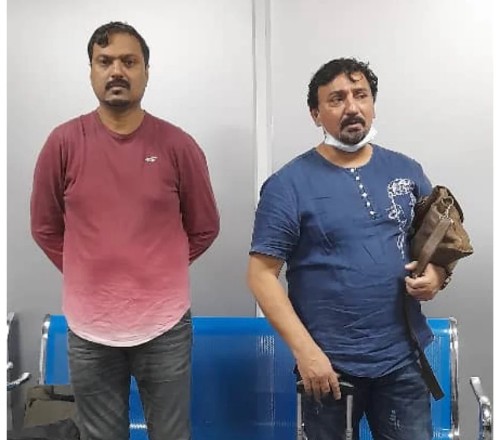 Femi Babafemi, NDLEA spokesperson, said the drugs were concealed in a public address system in which the suspects were attempting to board a Qatar Airways flight to Lahole, Pakistan via Doha.

He said the two suspects, Asif Muhammed and Hussain Naveed, who has a Nigerian residence permits suspected to be fake, were frequent travellers to Nigeria under the guise of doing textile business.

According to him, they were arrested on Saturday at the Lagos airport, barely a week after they came to Nigeria.

Babafemi said the consignment has a weight of 465.10kg and 642,800 pills of the pharmaceutical opioid.

“This included Cannabis, Cocaine and Methamphetamine as well as Tramadol 225mg and Rohyphnol concealed in footwears and soap packs going to UAE, Dubai.

“A 32-year old Oladitan Serah Olufunmilayo, who presented the consignment for export, was arrested.”

NDLEA, in the recent months, has continued to intensify efforts in fighting drug trafficking.