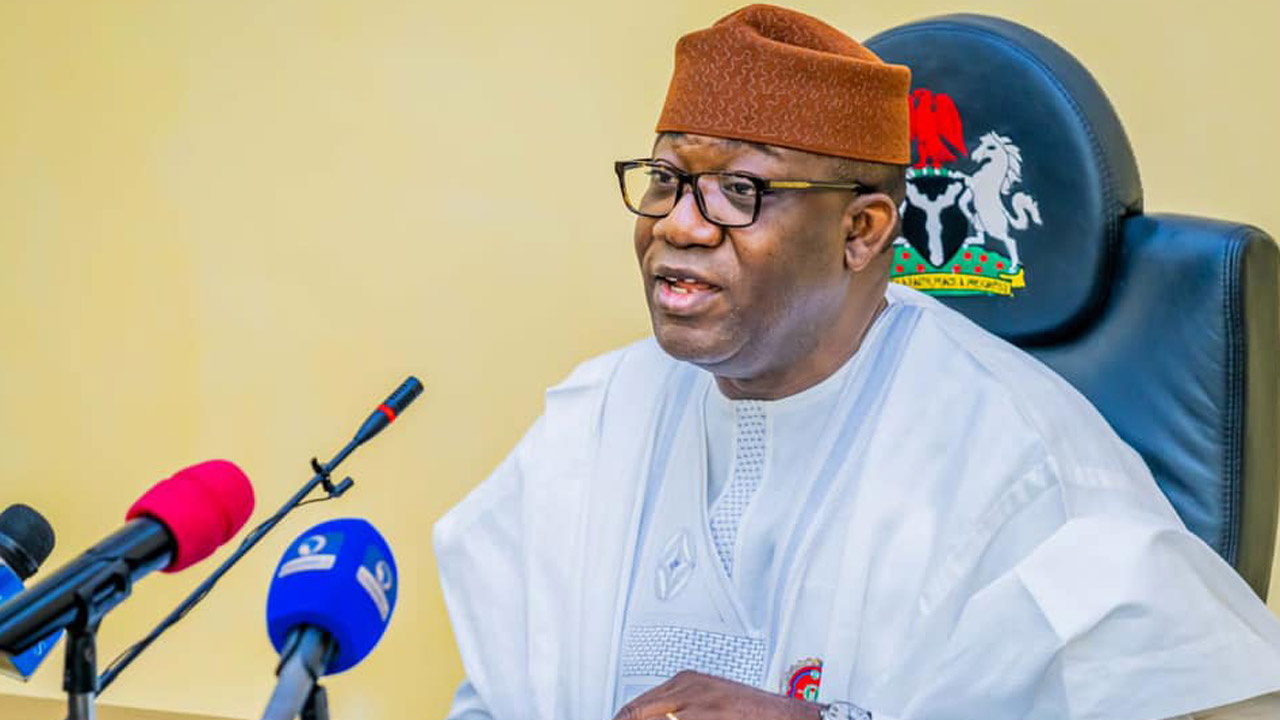 The Governor of Ekiti State, Kayode Fayemi has condemned the former National Chairman of the All Progressives Congress, Adams Oshiomhole for claiming he once asked him to rig an election in his favor.

The Presidential aspirant claimed that Oshiomhole is still suffering from post-traumatic stress disorder (PTSD) following his removal as Chairman of APC.

Fayemi called on the public to disregard the allegations of Oshiomhole which he made on national television.

The Ekiti State Governor in a statement released through his spokesman, Yinka Oyebode further stated that he has no reason to approach Comrade Oshiomhole for favors for any election.

The statement reads, “The allegation, which was made on national television, is not only false, puerile and laughable, it is a figment of the imagination of the former APC Chairman as Governor Fayemi has never asked Oshiomhole to rig an election for him or any other person and never had any reason to ask for such.

“Members of the public are therefore urged to disregard the allegations by Comrade Oshiomhole, who apparently is still experiencing a post-traumatic stress disorder on account of his removal as Chairman of APC.

“It is on record, that Dr Fayemi was not responsible for Comrade Oshiomhole’s removal as Chairman of the APC. He has his ward executives and the courts to blame for that.

“The Ekiti State Governor has always considered Comrade Oshiomhole a friend and political associate even if they had fundamental differences over his kangaroo approach of disqualifying Governor Godwin Obaseki of Edo State, from the APC primaries and his unconscionable autocratic management of party affairs whilst he was chairman of the party.

“Many Nigerians can easily recall his historic concession speech in 2014 in an election that was clearly lost to electoral sleight of hand at the behest of the then People’s Democratic Party (PDP)–led Federal Government.”