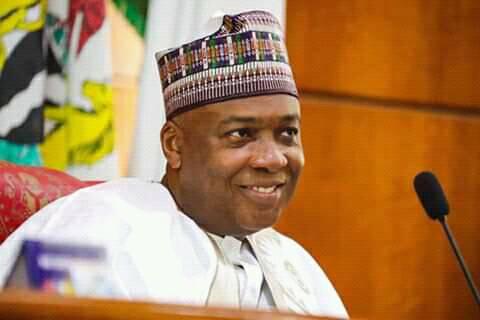 Former Senate President Bukola Saraki said that he would not have allowed the strike action by the Academic Staff Union of Universities to linger this much in his capacity as the Senate President or as the Chairman of the Nigerian Governors Forum.

Saraki, who had earlier stated that the lack of compassion by members of the ruling All Progressives Congress could not be disconnected from the continuation of the prolonged ASUU strike, reiterated his position on Sunday via his verified Twitter handle, saying “there is no way that I would have allowed this ASUU strike to continue for this long either in my capacity as the Chairman of the NGF or as the Senate President. It is unacceptable. ”

Saraki, who is a former Governor of Kwara State, had earlier noted how during his tenures as the NGF chairman and the President of the eighth National Assembly, peace was ensured between ASUU and the Federal Government.

Speaking with journalists in Ilorin after Salah prayers, and addressing the strike, he said, “It is due to lack of dedication and compassion on the part of some of those in power today. It is also the difference between the Peoples Democratic Party government and the government we are having now.”

Saraki added that many of the present elements in the PDP chose to remain in the party due to their desire for a better Nigeria. He subsequently urged Nigerians to vote for the PDP in the 2023 elections.

“Many of us had a choice to stay in the comfort of our rooms and enjoy ourselves than taking the hardline posture of being in an opposition party. We can’t have a PDP government in power today and ASUU strike will continue for months. The only hope is to get our Permanent Voter Cards to vote to power a better government like ours.

Applesbite reports that public universities have been closed down in the country for four months.
ASUU had condemned what it described as the failure of the government to meet its demands.

The union is asking for the replacement of the Integrated Personnel Payroll Information System with the University Transparency and Accountability Solution for the payment of its members’ salaries and other entitlements.

The union had also added that the implementation of the agreement already concluded with the renegotiation committee should be implemented by the government without delay.

Students across the country had since taken to the streets to protest several times, however, the schools have still not been reopened.